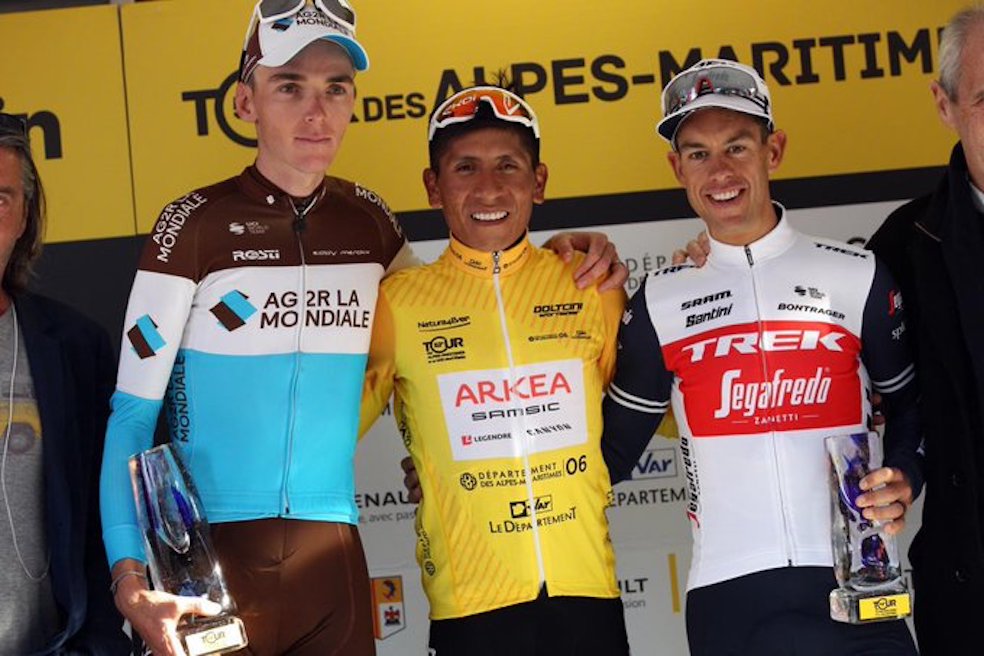 This is the second time that a Colombian triumphs in this race after Carlos Betancur will finish at the top in 2014.

The Colombian cyclist Nairo Quintana, head of the Arkea-Samsic team, won the final victory in the Tour del Var and the Maritime Alps, in France, at the end of the third stage, in which the Frenchman Julien Bernard won with a time of 3: 28.51.

Bernard (Trek Segafredo) beat his compatriot Nans Peters for three seconds. Quintana arrived seventh, at 2:16 of the winner and ahead of all those who disputed the final victory.

Quintana, 30, succeeds Frenchman Thibaut Pinot in the history of the race and becomes the second Colombian to win it, six years after the triumph of Carlos Betancur.

The Colombian had dressed as a leader on Saturday when he won the second stage, ending in the port of Eze, where he presented with 40 seconds of advantage over a first group led by the Australian Simon Clarke (EF Pro Cycling).

The last stage moved the runners from La Monde to Mont Faron on a 136 km route topped by a second port with a 5.7 km ramp and an average slope of 8.4 percent.

Quintana faced the last day with a margin of 38 seconds ahead of the Australian Michael Storer (Sunweb) and it was enough to control his main opponents to ensure the final victory.

The passage through French territory is proving fruitful for Nairo, who left the ranks of the Spanish Movistar at the end of the previous season. Last week he won the Tour de Provence, his first win in three years in a stage race.