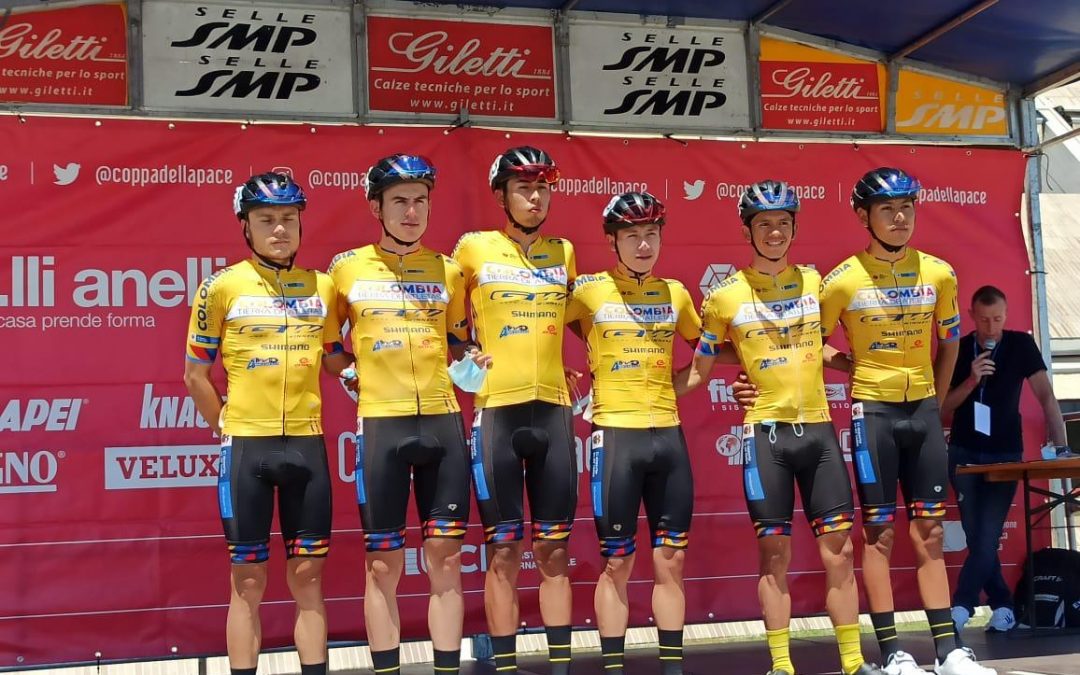 After its recent great performance in the Youth Tour, and after carrying out a series of specific works in European territory, the Colombia Tierra de Atletas-GW Shimano team has everything ready to start the main commitment from this Thursday, June 3 of the season: the Giro d’Italia U23.

“We are very excited to do things well. We see this race as a rematch since last year due to the pandemic we could not train as we wanted to reach the optimum level. We hope that with the work we have done so far and with the title we obtained in the recent Youth Tour, we will reach a level that allows us to be in the individual general standings ”, said Luis Alfonso Cely, sports director of the national squad.

With a roster of five riders headed by the recent podium of the U23 Youth Tour: Jesús David Peña (two-time champion of the event in 2019 and 2021), Didier Merchán (second), and Germán Darío Gómez (third), Colombia Athletes’ Land – GW Shimano, starts as one of the favorites to appear in “La Corsa Rosa Sub-23”, in its 44th edition.

“This year I’m going stronger for the Giro compared to last season. It is a career that I enjoy very much and I know it well. I’m going for revenge and I really want to do a nice general. Last year I had an injury and I barely had a month and a half of recovery, that prevented me from arriving in good shape to face a competition of this caliber. This time I’m going stronger, I just won the Vuelta de la Juventud and I arrived very motivated to put on a beautiful show, ”said Jesús David Peña, seventh in the 2019 Giro d’Italia U23.

These renowned names are joined by important riders such as Jeisson Casallas (fifth in the 2021 Vuelta de la Juventud and champion in the special sprint classification and points classification), and Brandon Rojas (winner of the last stage of the Vuelta de Youth 2021 in Tocancipá, Cundinamarca).

The test won in 2020 by the British Tom Pidcock, favors in this new edition the climbers with three great mountainous stages and also includes an individual time trial of 25 kilometers (fourth day). Three sections destined to showcase sprinters and two on mixed terrain, make up the menu of the Italian event, considered together with the Tour del Avenir in France as the “launching ramps”, for the best cyclists in the world in this category.

“We want to go to win the race, being on the podium for us and for the country is very important. We will still compete for the victory in some stages and the respective classifications. Egan won the Giro with category, Daniel Felipe was present in the top 5, ‘Superman’ López did the same in Andalusia, we see how the other Colombian cyclists have resumed their level in the midst of these difficulties, and what we will seek is to continue leaving very high the name of the sport and cycling of Colombia abroad, “said Luis A. Cely, the most winning coach in the 2020 cycling season in Colombia, and who started on the right foot in 2021 with the individual general classification of the Youth Tour.