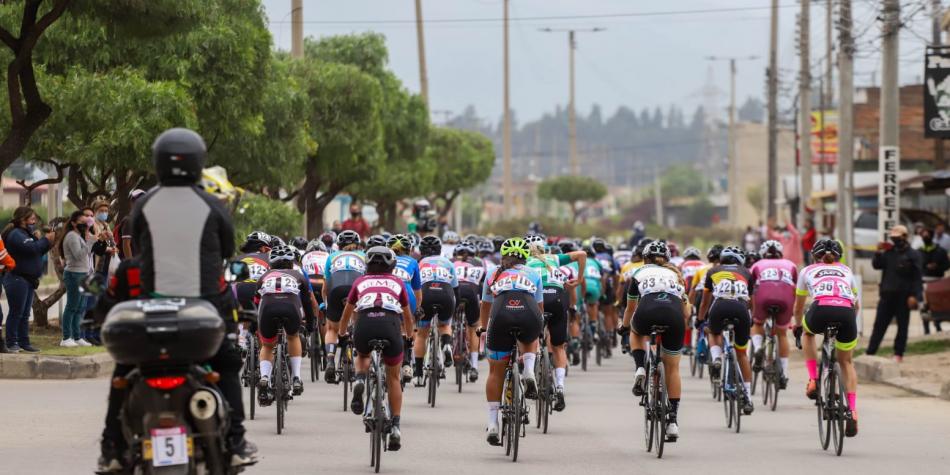 The Women’s Tour of Colombia: 170 cyclists for a crown

Prensa COPACI Leave a Comment
The Women´s Tour of Colombia 2021, approved in the calendar of the International Cycling Union (UCI) begins this Tuesday with the presence of 170 riders, of them 37 foreigners, who will seek the crown until Sunday, October 3. The UCI 2.2 category race will have a large participation with 31 teams and the defending champion, the Ecuadorian Miryam Núñez, who confirmed her desire to return to the top of the podium in a previous press
noti_en   Women´s Tour of Colombia
Leer más / Read more 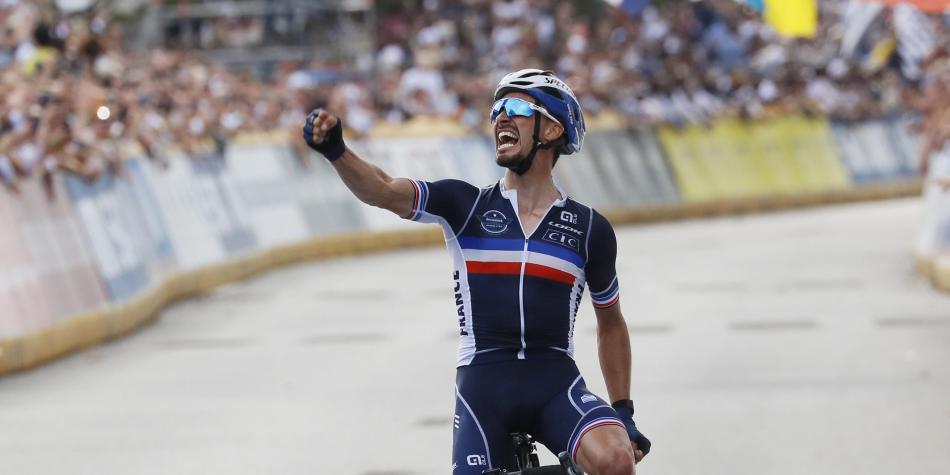 Prensa COPACI Leave a Comment
Julian Alaphilippe triumphed in the elite men’s road race for the second year in a row after the Frenchman’s repeated attacks were rewarded with a solo victory at the International Cycling Union (UCI) World Road Championships, concluded this Sunday in Flanders. The French team sought to create a tough race on the 268.3 kilometer course, which featured two laps of a circuit in Flanders and eight laps in Leuven. Alaphilippe attacked in the last 40
noti_en   Julian Alaphilippe
Leer más / Read more 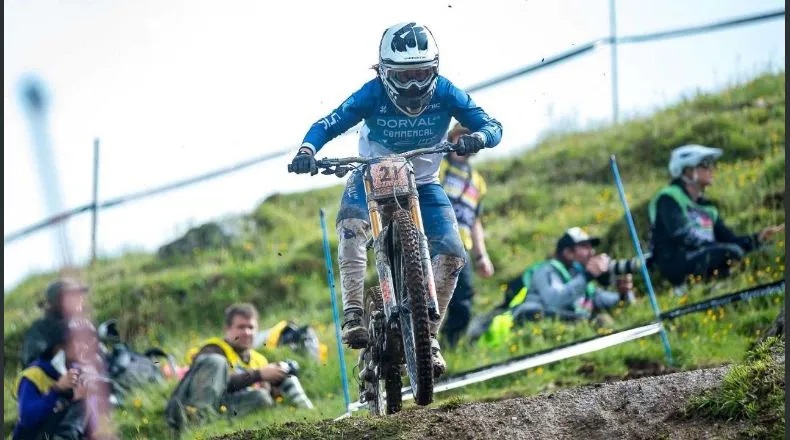 Prensa COPACI Leave a Comment
The Salvadoran Mariana Salazar and the Colombian Camilo Sánchez were the only foreign cyclists who received the highest honors as monarchs of the elite female and male category, respectively, of the 2021 Pan American Downhill Championship, which was held in Sapiranga, Brazil. With this result, she Mariana closed her 2021 competition calendar and added the fourth Pan American title, since she had previously been an elite continental champion in 2014, 2015 and 2018. “Mana” Salazar
noti_en   MAriana Salazar Camilo Sánchez
Leer más / Read more 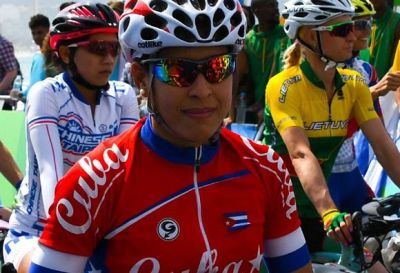 Prensa COPACI Leave a Comment
The best Cuban cyclist of the last 10 years, Arlenis Sierra, signed her most outstanding performance in the World Road Cycling Championships, finishing fifth this Saturday in the road event of the world competition, which is based in Belgium and will conclude this Sunday with the same event, but between men. In an excellent day for pedaling, the Antillean ignored being alone within a platoon of 162 runners and with excellent tactics she was able
noti_en   Arlenis Sierra
Leer más / Read more 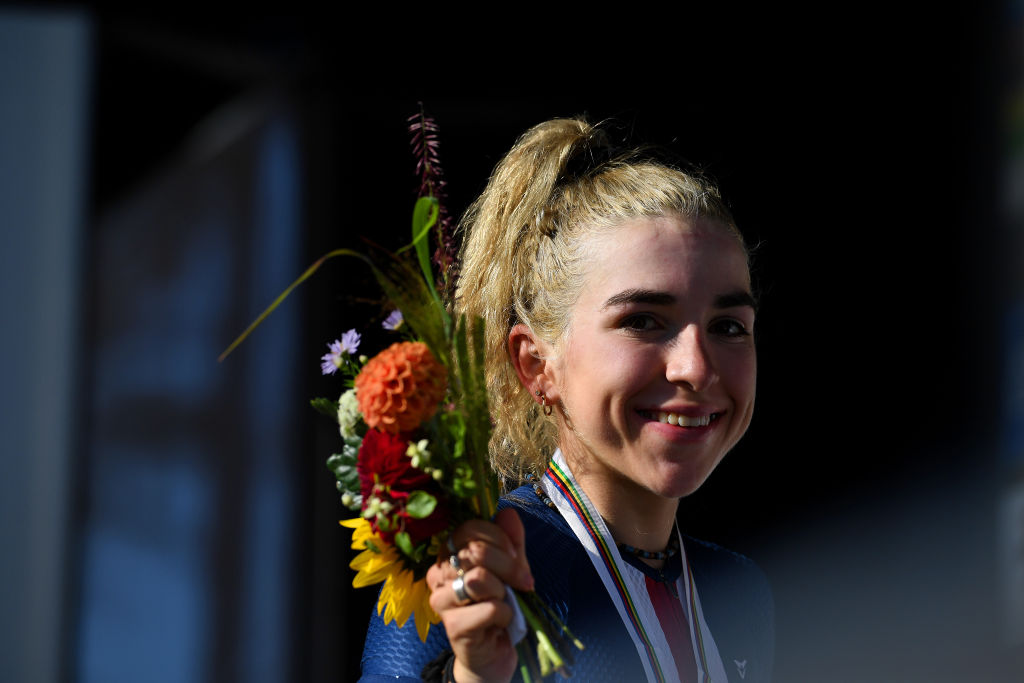 Prensa COPACI Leave a Comment
America, through the American runner Kaia Schmid, obtained her first medal in the Cycling World Championship in Belgium, winning this Saturday the silver medal in the junior category of the road test, only surpassed by the British Zoe Bäckstedt in final sprint. The 18-year-old followed a Bäckstedt attack 30 kilometers from the end of the 75-kilometer race, and she remained on the prowl to contest the finish line at the end of five laps on
noti_en   Kaia Schmid
Leer más / Read more 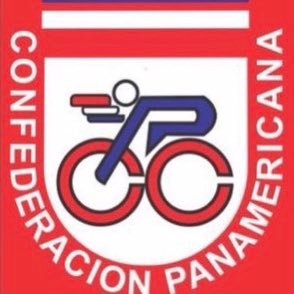 We reached 99 years, the Copaci advances

Prensa COPACI Leave a Comment
This September 24, the Pan American Cycling Confederation (COPACI) reached 99 years. Since its foundation in 1922 in Montevideo, Uruguay, much has been the work of cyclists, coaches, mechanics, federation and leaders to make our sport a reference in the world, with results in all categories, greater practice in our towns and a sustained growth in governance. In the middle of the Congress of the International Cycling Union that was held this September 24 in
noti_en   Copaci
Leer más / Read more 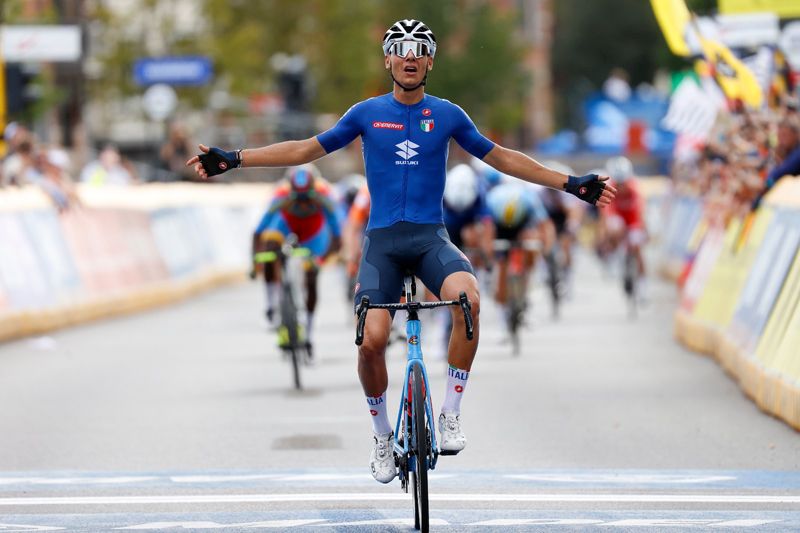 The world champion of the U23 route is Fillippo Baroncini

Prensa COPACI Leave a Comment
The Italian Filippo Baroncini, 21, was proclaimed the U23 World Champion on the road, after winning alone this Friday the 161.1 km test between Antwerp and Leuven, in which the Eritrean Biniam Ghirmay hung the medal of silver and the Dutch Olav Kooij the bronze. Baroncini – who is racing this season finale with the Trek-Segafredo team, with whom he has signed a contract until 2023 – was proclaimed runner-up in Europe two weeks ago
noti_en   World Road Championships
Leer más / Read more

COPACI will have two chairs on the UCI Steering Committee

Prensa COPACI Leave a Comment
The Pan American Cycling Confederation (COPACI) secured two positions on the Steering Committee of the International Cycling Union (UCI), which was elected on September 24 as part of the entity’s Congress held in Leuven, Belgium. The holder of the Copaci, José Manuel Peláez, kept his seat as leader of one of the five continental confederations; meanwhile Sonia Gregoria Ramos Acuña, top cycling leader in Bolivia, will be the other delegate from America with 19 votes,
noti_en   José Manuel Peláez
Leer más / Read more 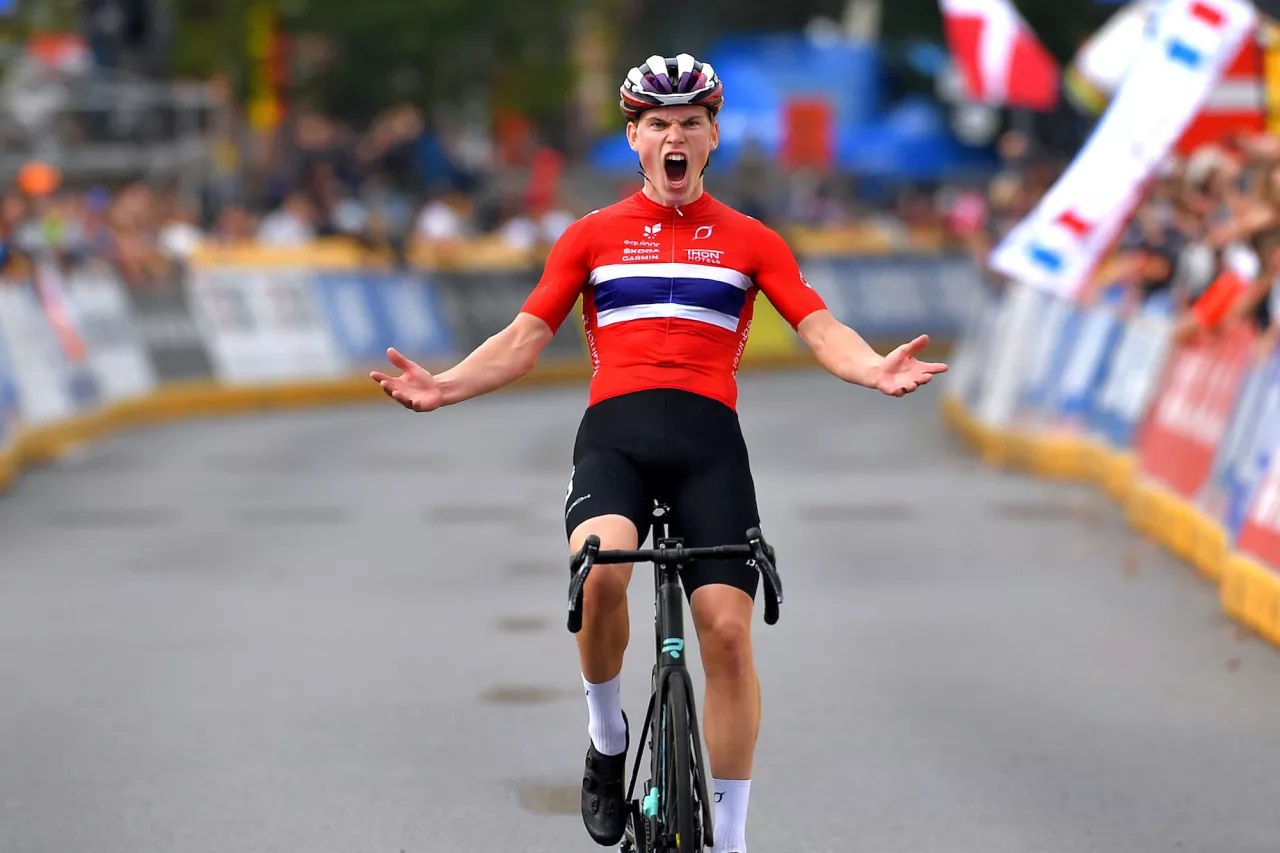 Per Strand Hagenes is the new junior universal route holder

Prensa COPACI Leave a Comment
With his victory this Friday in the youth road race at the World Road Cycling Championships in Leuven, Per Strand Hagenes made history as the first Norwegian to win a junior rainbow jersey. The 18-year-old achieved a solo victory at the end of eight laps of a technical tour around the city of Vlaams-Brabant, beating Frenchman Romain Grégoire on the line by 19 seconds after a late attack. Hagenes became the third Norwegian rider to
noti_en   World Road Championships
Leer más / Read more 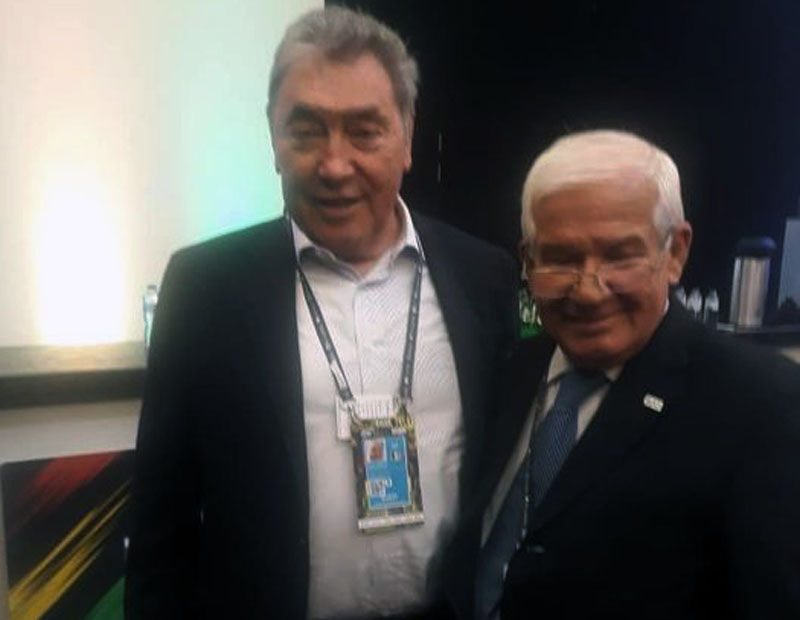 Prensa COPACI Leave a Comment
As part of his participation in the Congress of the International Cycling Union (UCI), Copaci president, José Manuel Peláez, held a meeting with the mythical Belgian rider Eddy Merckx, which he described as “very special” on his official website. From Facebook. “It is always a pleasure to be surrounded by friends, runners, coaches and figures of world cycling. As part of the Congresses of the International Cycling Union it always happens ”, said in his
noti_en   Eddy Merckx, José Manuel Peláez
Leer más / Read more