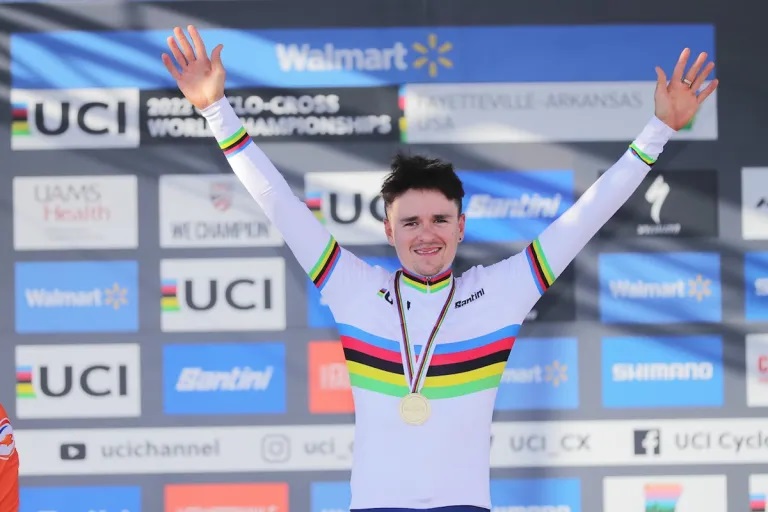 Great Britain celebrated. Tom Pidcock won the cyclocross world title for the first time in his career. The Briton far dominated his rivals on the Fayetteville track. The Dutch Lars van der Haar took the silver medal and the Belgian Eli Iserbyt took the bronze medal.

The men’s race was the highlight of the Cyclocross World Championships in the United States. In the opening phase of the test, the favorites appeared immediately, with Van der Haar impressing with his quick start and Toon Aerts attacking in the early stages.

Still, a small, compact peloton crossed the finish line after the first lap, with Clément Venturini and Tom Pidcock in hot pursuit.

With six laps to go, there were ten riders left in contention for the world title, including the top six favorites, plus Daan Soete, Laurens Sweeck, Corne van Kessel and Venturini.

A lap later, Pidcock decided it was time to give it a try. In the long ascent, the British printed an overwhelming rhythm, that nobody could follow, the first attack of the Englishman was the winner. Iserbyt tried to fight back, but like everyone else, he quickly lost ground.

Behind the Ineos Grenadiers runner, the battle for silver and bronze broke out. Van der Haar seemed to have the best legs of the six pursuers, as he put in a solid acceleration up the final climb with two laps to go, where only Iserbyt could follow. The Belgian from Pauwel Sauzen-Bingoal could not take over.

Finally, a sprint would define who would take the silver behind the new world champion Pidcock. Van der Haar was unable to let go of Iserbyt in the final stretch, however the Dutchman turned out to be quicker than the Belgian in the final sprint.