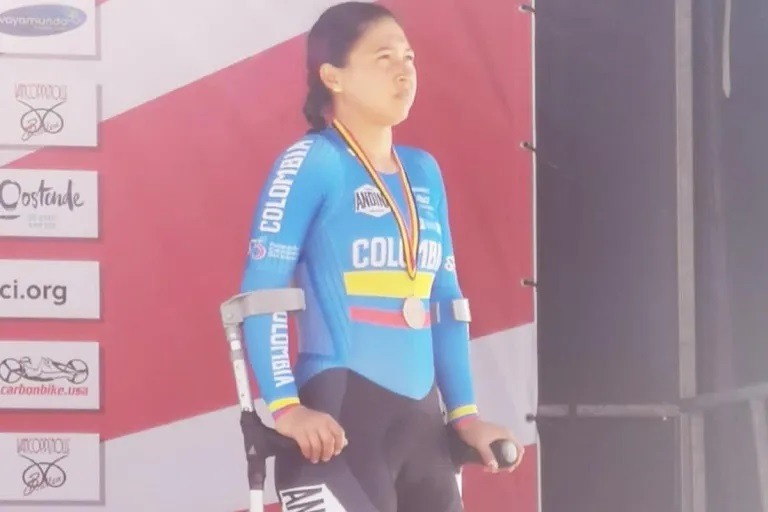 An outstanding performance was achieved by the Colombian Paracycling Team, which was participating in the World Cup in Ostend, Belgium, in which the team led by Benjamín Laverde won six medals: two silvers and four bronzes.

The general balance is satisfactory and with these good results, the Colombian Paracycling delegation fulfilled the objective of this second competition of the year, awarding points to the country in the UCI world ranking and advancing in obtaining quotas for the Santiago 2023 Parapan American Games and the the Paralympic Games in Paris 2024.

After what has been achieved in European territory, only continue training to improve the marks, all this in order to increase the level for the following competitions on the way to Paris 2024.

After achieving these results, the Colombian Paracycling delegation fulfilled the objective of adding points in the ranking and advancing in obtaining quotas for the Santiago de Chile 2023 Parapan American Games and the Paris 2024 Paralympic Games.