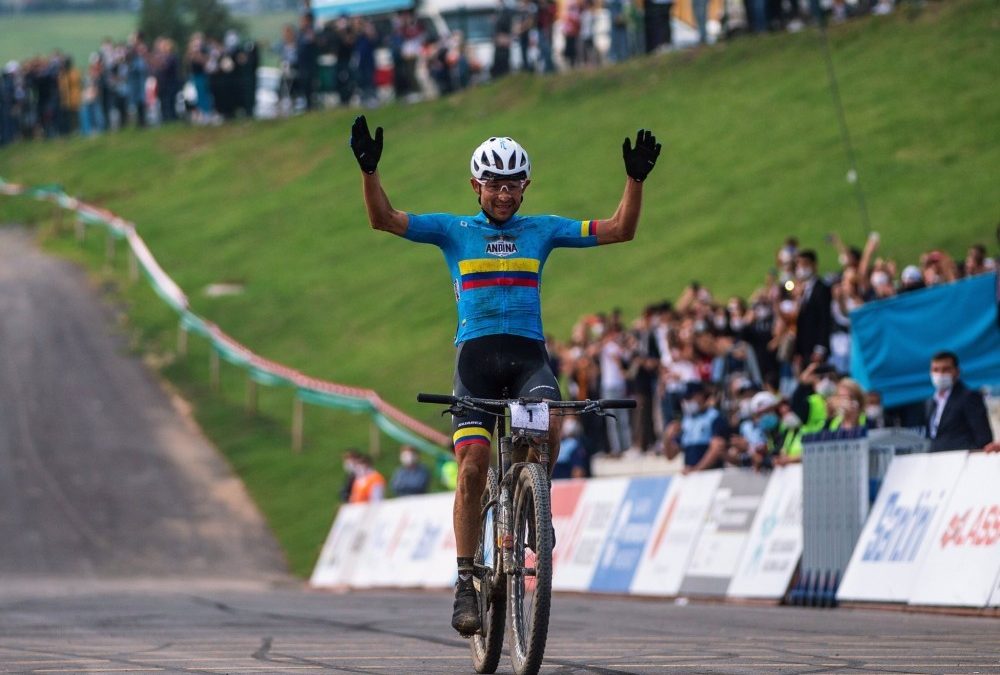 The 2021 Mountain Bike Marathon World Championship is held this Saturday, October 2 on the Italian island of Elba, it will not be able to count on its defending monarch, the Colombian Leonardo Páez, who suffered a last-minute injury, according to his account of Instagram.

“With a broken heart, I made the decision together with my team, Team Giant LIV Polimedical, not to run the World Cup tomorrow. It is an extremely long-suffering decision because I made many sacrifices to get here, and I felt at the top of my physical form, much more in the way I ran the last two World Cups, ”said Páez on the social network.

Three days before the World Cup, the double champion of the category, suffered an unfortunate fall while training for this important event with such bad fortune that he ended up fracturing his wrist.

“Unfortunately there is nothing to do, the fracture is too painful and does not allow me to ride safely. I am very sorry not to be able to have the opportunity to defend my beloved jersey, but I will be present to cheer on my friend Diego and my fellow nationals ”, added the Colombian cyclist.

The World Cup, which has one of the toughest courses in the history of this modality. It will be held on the Island of Elba in a 35-kilometer circuit with three laps. This year is highly contested, with riders such as Nino Schurter, Martin Stosek, Tiago Ferreira, Henrique Avancini, Samuele Porro, David Valero and the Colombian Diego Arias.

Among the ladies, the Swiss Ramona Forchini has the difficult task of revalidating a title to which a large number of high-level cyclists are competing this year. In 2020, the World Cup was decided on the home straight between Forchini and the Polish Maja Wloszowska, so Wloszowska is sure to try again this edition.

One of the cyclists who raises the most expectation is the young Austrian Mona Mitterwallner, at the age of 19 she has already managed to win over world champions such as Pauline Ferrand Prevot and Kate Courtney and without a doubt that in this XCM World Championship she will go out to win it without reservation despite the distance and the unevenness.

The Spanish Natalia Fischer is another of the cyclists that everyone will watch from the starting line, Fischer is the current European champion and this type of long and hard races benefits her from her.