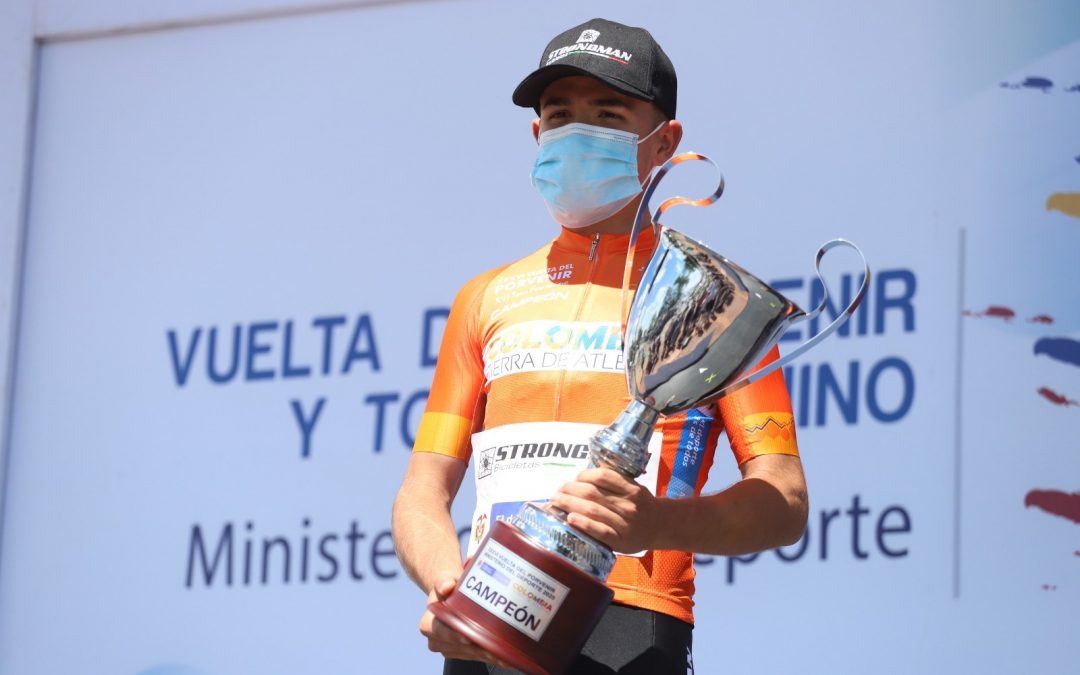 The Antioqueño runner Johan Alejandro Ramírez (Strongman) won the title of the 36th edition of the Vuelta del Porvenir, a race with which, together with the Women’s Tour, the Colombian Cycling Federation closed the atypical 2020 season.

With a circuit of 80 kilometers in the capital of Yopal, the fourth and last stage of the race was held, in which Brandon Rojas from Bogota, from the same team as the champion, won again, who surpassed Julián Osorio (Colnago) in the sprint and Juan David Cubillos (Team Buga-Valle).

The young man born in the Antioquia municipality of El Santuario crossed the finish line in position 17, with the same time as the winner, which was enough to keep the leader’s Orange shirt in his possession and get on the podium to collect the trophy that accredited as the new champion of this test, after the magnificent defense of his leadership during the last two days.

For him, the most difficult thing to keep the leader’s jersey was “the time trial, I came out psyched to win a few more seconds, but I felt insecure, in the end I got a few seconds ahead and that helped me keep the lead.”

This triumph “helps me to be safer, I will continue in the professional category and that will change my life,” highlighted the runner who takes advantage of his free time to rest, go out with my dog ​​and spend time with family.