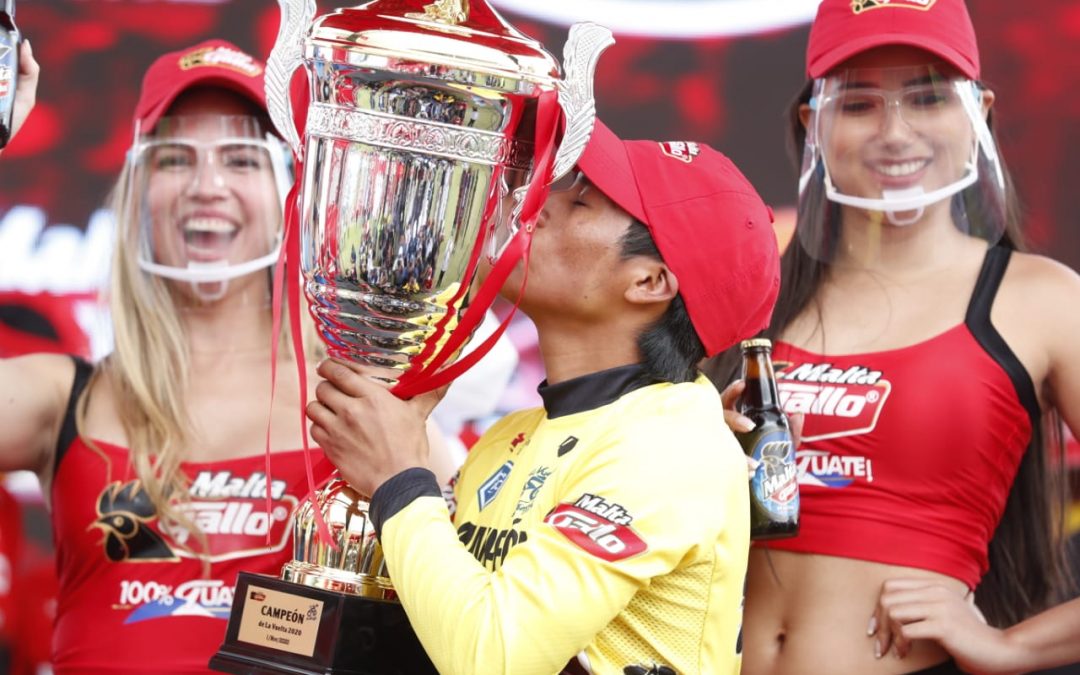 Mardoqueo Vázquez is the new monarch of the Tour of Guatemala. The title continues for Guatemala for the fourth consecutive year, only now it is for Hino-One-LaRed.

The dream began with Cuajo-Luna and materialized with Hino-One-LaRed. The dream started with athletics and ended with cycling. José Mardoqueo Vázquez Vázquez, 25, has achieved this November 1, 2020 the greatest achievement for a national athlete. He won the sixtieth edition of the Vuelta Ciclística a Guatemala, an international competition of the International Cycling Union.

Vazquez finished the ten stages with a time of 31 hours 40 minutes and 44 seconds. The circuit, which was in a peripheral ring, began and ended in the “Erick Barrondo” park, zone 7 of Guatemala City.

An atypical tour of the Covid 19 pandemic, but full of color, joy and support from the Guatemalans as they passed through each of the communities they reached. A Vuelta that surrendered to the effort of “Super Mardo” in the epic climbs in stages 5, 6 and 7.

Vázquez becomes the new champion of the Tour of Guatemala in its 60th edition. After completing the circuit in the peripheral ring, the pride of the Chuatroj village, Totonicapán, was crowned the best of the competition in 2020.

The circuit this Sunday was won by the Panamanian, Christofer Jurado, who thus added three stages won in the Vuelta. He timed at 105 kilometers, 2:23:30. Cristian David Pita and Byron Guamá, from Ecuador Team Best PC, were second and third. In addition, they were crowned champions of the flying and mountain goals, respectively. The Mexican Sebastián Rodas, from Dicafriem, was fourth, followed by Dorian Monterroso, from San Marcos; Luis López, from Óticas Deluxe; Henry Sam, Decorabaños, Sergio Chumil and Pedro Pablo Morales, Army of Guatemala, Alfredo Ajpacajá, Decorabaños; Ignacio Prado, Canel’s Mexico and Fredy Toc, Chimaltenango.