80th edition of the Paris-Nice: Egan Bernal and Nairo Quintana confirm their presence 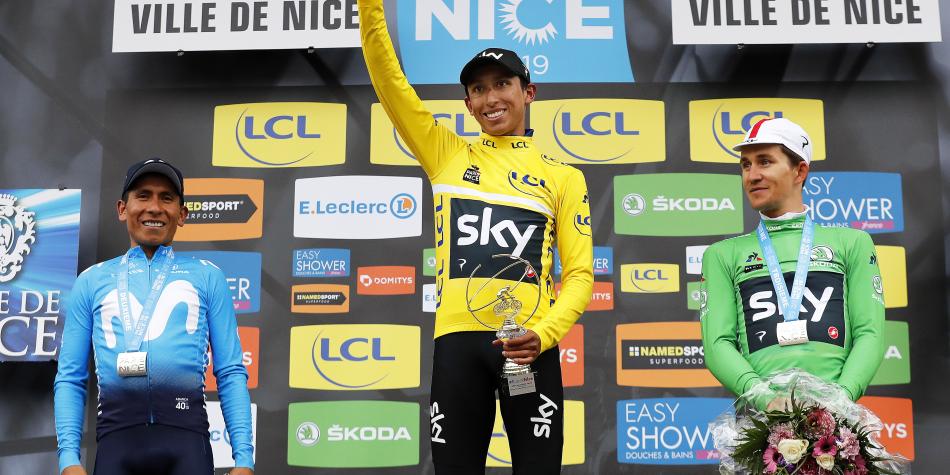 Two stars of Colombian cycling, from America and the world, Egan Bernal and Nairo Quintana, confirmed their presence at the 80th edition of the Paris-Nice, one of the most important and famous one-week races held in France, which made his tour official between March 6 and 13.

A route “for all tastes” that includes a time trial and two mountain stages, one of them ending at Col de Turini, will mark the current version of what many call the “Carrera del Sol”, which will offer options for sprinters, chrono specialists and even climbers.

In addition to Bernal (Ineos Grenadiers) and Quintana (Arkéa Samsic), the Slovenian Primoz Roglic (Jumbo-Visma) also confirmed his attendance. “Primoz will be present, he will have his revenge. His presence shows that he is a true warrior, he refuses to fail. Egan Bernal will also be in the competition ”, said the race director, François Lemarchand to the newspaper L’Equipe.

Colombians have been finding their best form in this competition. In the last 10 years, three beetles have won the title: Betancur 2014, Henao 2017 and Bernal 2019; in addition to a second place for Nairo Quintana and a third place for Sergio Higuita in 2020.

Likewise, the organization announced the presence of four ProTeam teams (in addition to the eighteen World Tour teams) that will be participating in the gala competition. These are the Alpecin-Fenix, the Arkéa Samsic, the B&B Hotels – KTM and the TotalEnergies.

The winner of the last edition (2021) was the German Maximilian Schachmann (Bora-Hansgrohe), after the fall of Roglic on the final day.

The stages of the 80 edition Paris-Nice: