A change of direction in the women’s Tour de France: Annemiek Van Vleuten 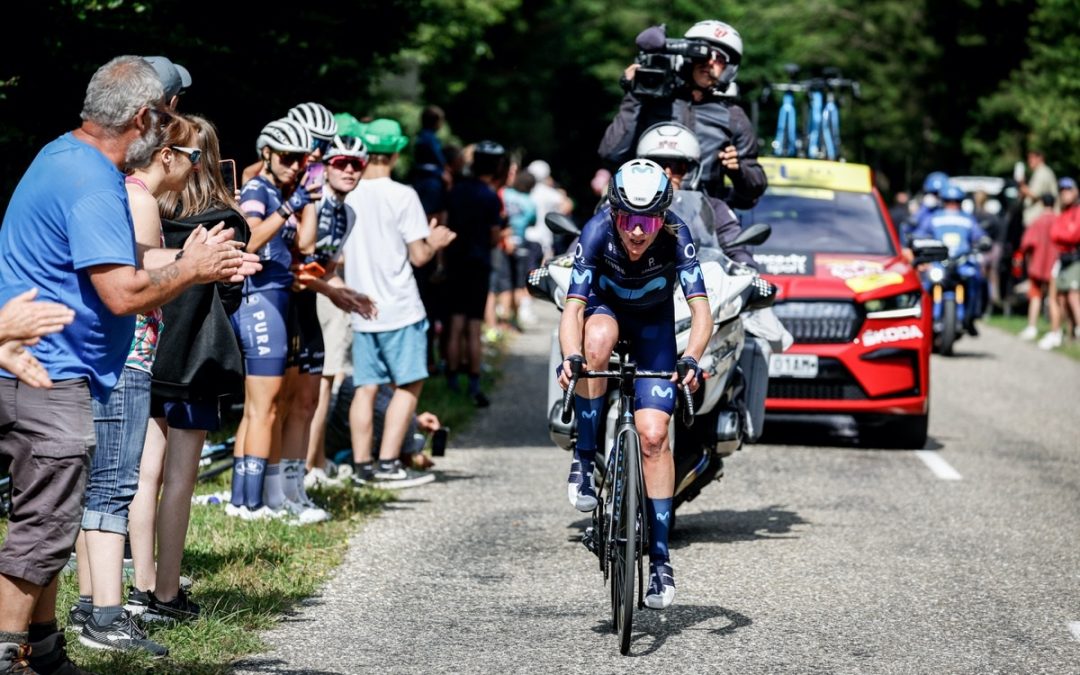 Annemiek van Vleuten (Movistar Team) continues to build her legend. The Dutch runner once again exhibited herself this Saturday as the best cyclist in the world women’s peloton in recent times and with a devastating attack on the first mountain pass of the day and a historic solo ride, she took victory in the seventh stage and the leadership of the Women’s Tour de France 2022.

Van Vleuten enjoys making his rivals suffer and this Saturday he applied that saying that it is better alone than in bad company with an unexpected attack on the first ramps of the first of the three mountain giants that passed on the decisive day of the women’s yellow race .

Van Vleuten initially found response from most of her GC rivals including Italy’s Silvia Persico and Elisa Longo Borghini but soon found herself leading the race accompanied only by compatriot Demi Vollering (Team SD Workx).

Meanwhile, the leader Marianne Voss (Jumbo-Visma) began to sink slowly, like a Titanic, until she lost more than 20 minutes in a new pulse lost against her great rival in recent years. The stage and the general were only a matter of Van Vleuten who began one of her usual volleys passing through the second port in Platzerwasel with Vollering already making superhuman efforts to follow her wheel.

The Oderen sprint saw Van Vleuten alone to face the last ascent of the day to the Grand Ballon and its 13 kilometers that she faced with Vollering more than three minutes away and with a group led by the Polish Katarzyna Niewiadoma, the Italians Persico and Longo Borghini, the French Juliette Labous, the Danish Cecilie Ludwig and the Slovenian Urska Zigart to more than six.

In the end, the Dutch only needed to maintain her infernal rhythm to present herself as the winner at Le Markstein, leaving almost sentenced a title that she managed to see far after a week marked by falls and some health problems that did not prevent her from getting everything afloat this Saturday. her class to dress up with a true numeral as the new leader of the 2022 Women’s Tour de France.

The renewed Women’s Tour will culminate this Sunday with a new mountain day between Lure and the Super Planche des Belles Filles over 123.3 kilometers that will decide the new queen of the yellow jersey.