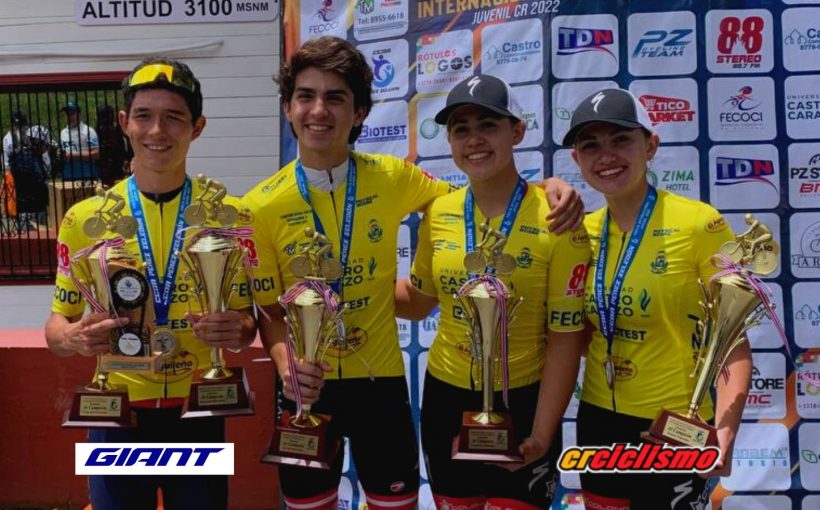 The list of champions began to be made with the performance of the Mexican Eduardo Hernández (Esparza Training-Chicote Valdez) securing his title with second place in the stage, dominated by Jexon Ledezma (Campos-Zebol-ACCIPAL). While Gael Sancho (Colono Construccion Bikestation) and Ernesto Fernández (Campos-Zebol-ACCIPAL) took second and third place in the general classification, respectively.

Finally, Isabel García (Colono Construccion Bikestation) confirmed the first place, made from the first day with a break in the Junior Women’s category, after finishing second in Cerro de la Muerte, behind Yailin Gómez (CCDR Cartago), second in the general ranking. Third place was occupied by Denise Rahilly (Team Puro MTB-Bianchi). Gómez took possession of the Mountain Classification and García of the Flying Goals.