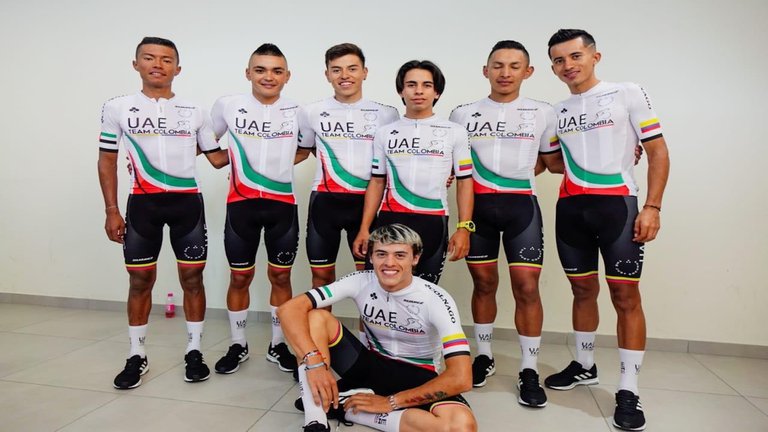 On June 2, UAE Team Colombia reported, through a press release, that the Colombian cyclist Esteban Toro tested positive for doping and that, for this reason, he had terminated all sports activities within Colombia.

“After receiving the notification of the adverse analytical result of the runner Esteban Toro, by the national and international authorities, he has made the decision to suspend the athlete’s employment relationship and put an end to all the sports activity of the team in Colombia,” it said the notice.

In an interview for the newspaper El Tiempo, Gabriel Jaime Vélez, technical director of the team, spoke about the situation of the Antioquia rider and the team’s decision to end the contract with Toro and leave all sports activities in the country.

“I asked for an investigation. They are damaging our image for many years. We have worked with the base, but for others our work is seen this way. The technical and medical part of the UAE are ready to go to court to apply the law on the sellers of these drugs, “said Jaime Vélez.

In addition, the coach of UAE Team Colombia confessed that: “For cycling it is hard, but the saddest thing is that things happen. A project is finished and the cyclists who were left adrift. That makes me sad, they stayed on the street, they don’t have a job, hopefully that law that was passed and in which they put those people who sell this medicine in jail, apply it to these people. “

According to the information given by the squad, Toro was tested positive and EPO was detected in his examination. So far, the facts are still a matter of investigation, since the case has not ended, and the procedures for the opening of the counter sample and the discharges to which the Antioqueno rider is entitled are still missing.

“The UAE Team Colombia team has decided to put an end to its sporting and administrative activity in Colombia, by virtue of its philosophy of Zero Tolerance to doping under the standards of the Colombian Cycling Federation and the Ministry of Sports of the Republic of Colombia” the statement read.

Finally, on the part of the Colombian Cycling Federation, under the direction of its president, Mauricio Vargas, spoke about it, lamenting the situation that the young sprinter is going through. “It is a difficult subject for cycling. They are two teams that have made that determination and that is not good. It is regrettable that many cyclists are left without work due to some vendors of these prohibited medicines ”.

“The positive was out of competition, but that is still sad. There are already two teams with the same theme and we just have to wait for the weight of the law to fall on them. We will continue with the prevention program, ”Vargas concluded.