A single owner in the Tour of Colombia: Diana Peñuela 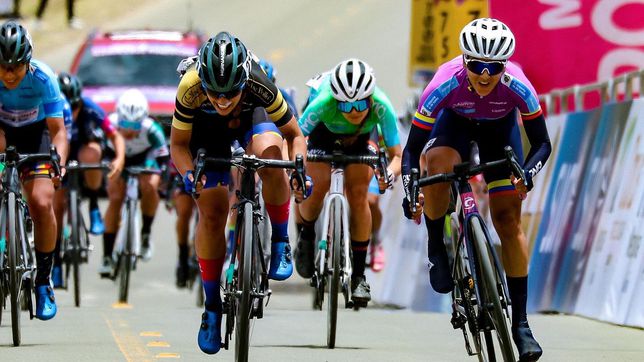 For now, no one can beat Diana Peñuela in the Women’s Tour of Colombia. The DNA Pro Cycling cyclist has three victories in three days of competition. On this occasion, she was the fastest in a demanding finish with a steep slope, in which some participants had to get off the bike and cross the finish line on foot.

It was a 111.8 kilometer route from Chiquinquirá to Oiba that did not include mountain passes, but did include that final slope, as well as three intermediate sprints for the points classification.

Movements and acceleration in the final meters, when the road turned uphill, but it was Peñuela who opened a small gap to raise her arms at the finish line followed by Andrea Alzate (CM Team) three seconds behind and Lina Marcela Hernández (Colombia). Land of Athletes-GW), which closed the top of the podium of the day.

In a first attempt -albeit timid-, Ana Cristina Sanabria tried to put the pace on the finish, but her initiative would not last long, then the Boyacá Avanza Team tried to surprise, however, Peñuela would counterattack shortly to establish himself as the head of the race and Take your third win in a row.

Everything remains the same in the general classification, led by Peñuela with a time of 8 hours, 41 minutes and 53 seconds. Hernandez appears second at 23” and Carolina Vargas at 42”. Alzate moved up six positions and into the top 10 to place sixth, 58” behind the DNA Pro Cycling rider.

This Friday, August 12, the fourth stage of the seventh version of the Colombian round for women will be held, an individual time trial between San Gil and Barichara of 21.3 kilometers, which will be final for the title contenders.