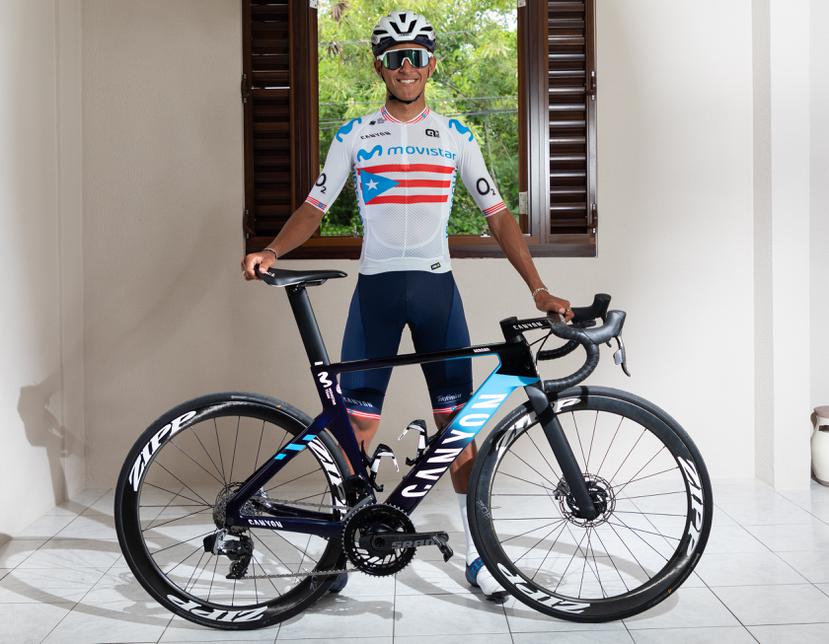 The Mocano cyclist, who since 2021 competes as a professional with the valued Spanish team Movistar, will be present at the time trial event that will take place on Saturday, June 25 in Toa Baja. The next day, he will move to Peñuelas for the road competition.

“Abner is coming. He is right now on a tour of France (Route d’Occitania, from June 16 to 19) that ends on Sunday. It seems to me that he arrives (in Puerto Rico) on Wednesday or Thursday for the national championships,” said Roberto Collazo, president of the Puerto Rico Cycling Federation (Fecipur).

The first Puerto Rican to sign with a professional club on the UCI World Tour won both championships in 2021. In the time trial he clocked 40 minutes and 38 seconds (40:38). Meanwhile, on the road he defended his championship with a record of 3 hours, 33 minutes and 31 seconds (3:33:31).

Collazo explained that Saturday’s competition will begin at 7:30 in the morning and will depart from the Comfort Inn Hotel. The elite distance is 35.39 kilometers. On Sunday it will start at 1:30 in the afternoon from the Plaza Pública de Peñuelas. It will be a circuit of 133.55 km.