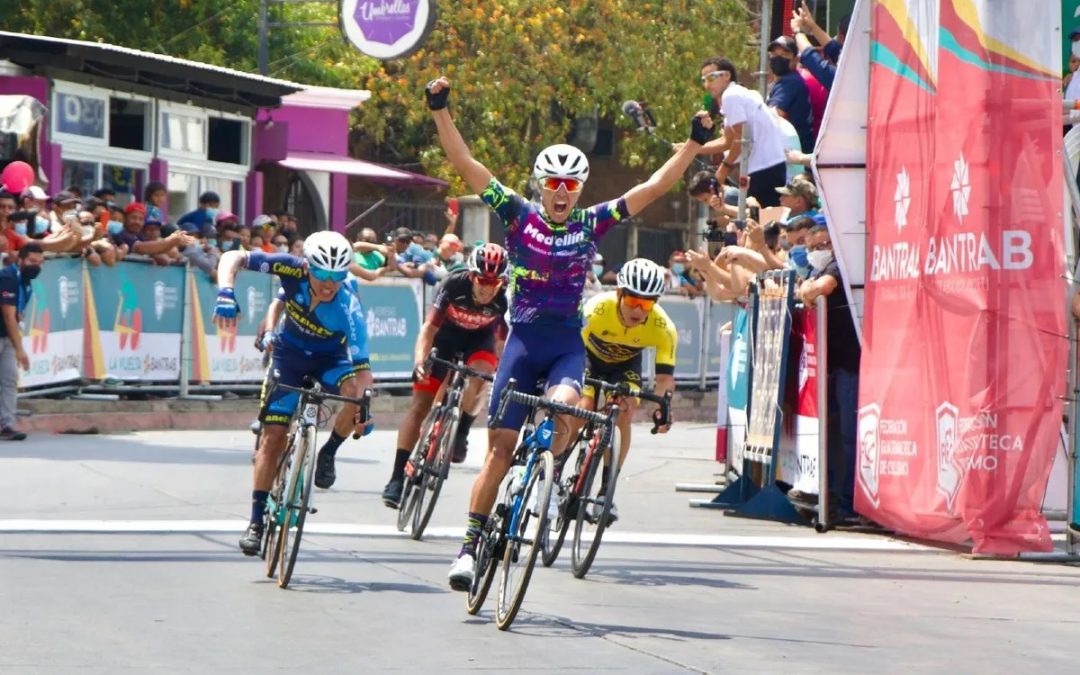 Adelmar Reyes (Team Medellín EPM) won the first stage of the Vuelta Bantrab in Guatemala in a close sprint, after traveling 128.5 kilometers between San José Pinula and Jutiapa, in which he also dominated the mountain prizes in dispute.

The 26-year-old from Boyacá, who assumed the leadership of the race with his performance, crossed the finish line first with a time of 3:18:21″ ahead of his countryman Heiner Parra (Canel’s Zerouno Mavic) and Guatemalan Walter Escobar (Decorabaños-Ac Quetzaltenango).

Under an inclement sun, the opening day began in San José Pinula. The first bars were very exhausting after the multiple attacks and the heat that accompanied the cyclists for much of the route, which in the end took its toll on several runners and forced them to slow down in the final straight of the race.

In the last 60 kilometers of competition, the peloton began to disintegrate, due to the pace imposed by the men of Team Medellín EPM, who gradually selected the peloton. In the ascent to the Conora, the Colombians Reyes and Parra distanced themselves along with the Guatemalan Escobar.

At the end of the first category mountain prize there was a prolonged descent that allowed the escapees to save their strength for the end, in which Aldemar Reyes printed his top speed to defeat his fellow escapees at the finish line in the Municipality of Jutiapa.

The multicolored caravan, made up of 96 riders and 16 teams, will continue the Guatemalan round this Thursday with the second stage that will have a 135.6-kilometer route starting in Magdalena Milpas Altas and ending in Ciudad Vieja in Sacatepéquez.

In total there are six classifications in dispute, five individuals and one per club, in addition to a prize pool of 90 thousand quetzals in prizes (11 thousand 712 dollars).