Alarcón wins in the seventh stage, but Roniel closer to his third title 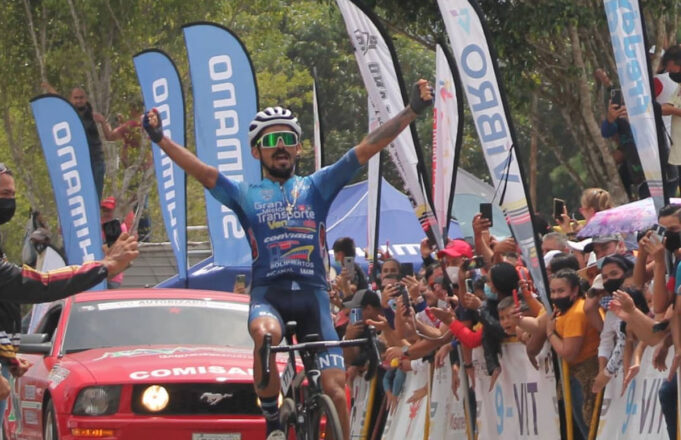 The local Roniel Campos consolidated this Saturday his advantage as leader of the Tour of Táchira 2022 and caresses his third championship in the largest cycling event in Venezuela, by escorting the winner of the penultimate stage, José Alarcón, another rider of the house.

With a time of 3 hours, 10 minutes and 33 seconds, Alarcón, a member of the Gran Misión Transporte team, won the seventh section, a 117-kilometer route between Ureña and Cerro El Cristo.

Campos, from Deportivo Táchira, took second place when he crossed the finish line 1 minute and 39 seconds behind the winner, while Eduin Becerra, from the Fundación Ángeles Hernández-Orgullo Andino team, placed third, 1 minute and 41 seconds .

The best foreigners of the day were the Colombians César Paredes and Didier Merchán, who finished in fifth and sixth place respectively. Reinier Honig of the Netherlands finished in seventh place.

With a total time of 22 hours, 12 minutes and 16 seconds, the two-time champion extended his advantage in the general classification with one stage remaining to finish the test that inaugurates the calendar of the International Cycling Union (UCI) in America. They are followed by Becerra, second, at 1 minute and 3 seconds, and Jorge Abreu, third, at 1 minute and 54 seconds. While the Colombian Merchán is on the fourth step, at 2 minutes and 5 seconds.

To bid farewell to the 57th Edition of “La Vuelta Grande de América” the last stage will take place, a 116-kilometer journey in San Cristóbal, on a circuit that includes undulating terrain with twelve mini ascents.