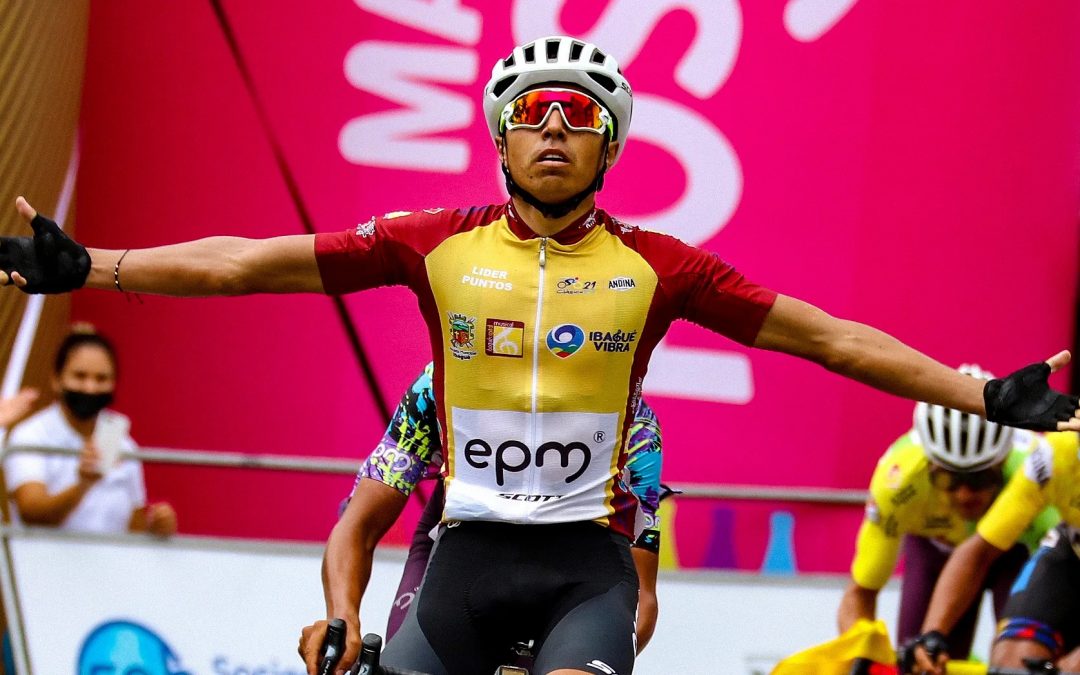 In a memorable stage, Aldemar Reyes (EPM-Scott) won the seventh fraction of the Clásico RCN Andina disputed between Ibagué and Salento over 105.2 kilometers, while Wilson Peña (Colombia Tierra de Atletas GW) kept the yellow jersey just two days from the closing of the competition.

The Boyacense achieved his second victory in this edition of the ‘Duel of the Titans‘, with a brilliant sprint in the third category promotion. The ascent to the iconic peak of La Línea confirmed the talents of an excellent climber of Dubán Bobadilla (Team Herrera Sport) and ratified the presence of the great aspirants to the general of the Clásico RCN Andina 60 years, who maintains an emotional fight between Fabio Duarte (Team Medellín), Oscar Sevilla (Team Medellín) and Wilson Peña (Colombia Tierra de Atletas GW), since the difference is very little between them.

In the midst of the dispute for the highest award, the Boyacá Aldemar Reyes managed to praise himself as one of the main figures, becoming the most winning cyclist of this edition. To his brilliant victory in Jericho, the conquest of Salento was added this Friday.

“Very happy for this new victory, the results in this Classic have been wonderful. This triumph is dedicated to the team that did an excellent job and to my brother Yeison who did not let me lose heart on the Line, “said the 28-year-old from Boyacá, born in the municipality of Ramiriquí.

The eighth stage of the ‘Duel of the Titans‘ will be held this Saturday over 116 kilometers between Buga and Buenaventura.