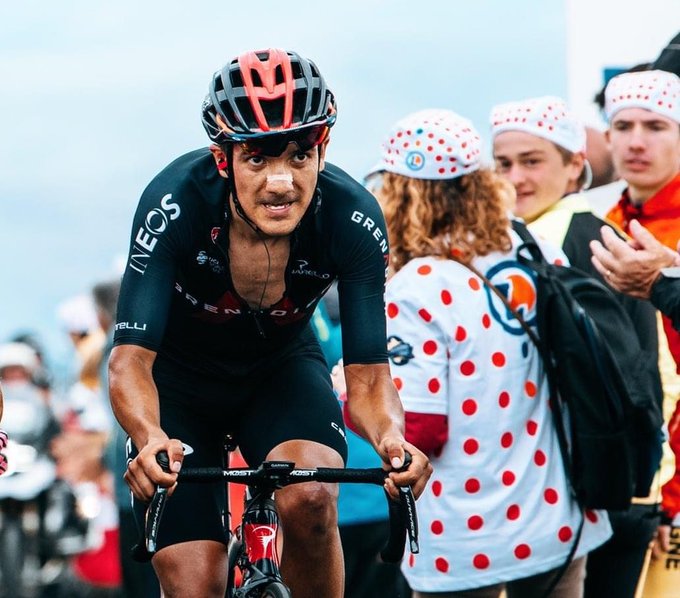 The penultimate day of the Tour de France will be with the Ecuadorian Richard Carapaz defending his third place in the general classification of the competition. This Saturday, July 17, stage 20. The Slovenian Tadej Pogacar will defend his leadership and it will be one more step to win the Tour. According to the plan of the Tour organization, the “Locomotora del Carchi” will leave at 10:15 am and Pogacar will do it at the last of the test.

Thus, stage 20 of the Tour will be a definitive individual time trial from the Bordeaux vineyards. The race reaches the last competitive stage with all the duties done and the Pomerol, Saint-Emilion or Fronsac will witness only the winner of a prestigious time trial, because the rest of the prizes will already be distributed.

Little game for the renown of the “chateaux” that cyclists will traverse over the 30.8 kilometers between Libourne and Saint-Emilion, plans and techniques, designed for the great specialists in the fight against the clock.

The route offers few spaces to let the engine rest. The watts will make the difference between the vines, with many curves, but little pronounced, which will preserve the brakes of the bikes a lot. A small, non-scoring level, at 10 kilometers, just past the famous Petrus strains, will be the only significant element, too small to separate the specialists from the final victory.

That and the fact that cyclists arrive with more than 3,000 kilometers on their legs and that at this point in a race like this, reserves count as much as strength. Unlike the last edition, in which the final time trial was final, this year’s one arrives with everything decided.

It remains to be seen if the Slovenian Pogacar, who already won the first time in Laval on the fifth day, is encouraged to add a fourth win to his particular counter of the edition. Or if, on the contrary, this time the pedigree time trialists play their cards thoroughly and score the penultimate stage, a day before the triumphal walk of the Champs Elysees that puts the icing on the Tour.