All world championships together in Glasgow 2023 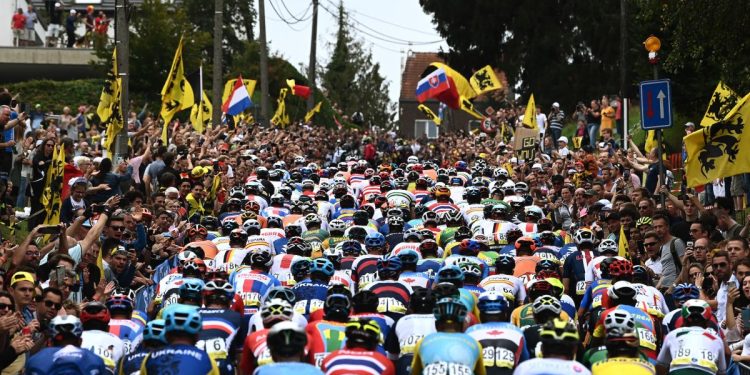 The first 2023 UCI Cycling World Championships will be held in Glasgow between August 3 and 13, as announced by the organization of the event this Wednesday, a historic event that will bring together all forms of cycling.

“The announcement of the dates is an important step in the organization of the 2023 UCI Cycling World Championships, which will be held for the first time on the same days and in one place every four years from now on,” said David Lappartient, UCI president.

This historic milestone, the French leader said, was one of his goals before he was elected to the role in 2017. “We have been working towards it ever since. I am delighted that the first UCI Cycling World Championships will be held in Glasgow.” and Scotland.

“With their experience of organizing top-tier international sporting events, Glasgow’s iconic sporting venues and beautiful Scottish landscapes are ingredients that are there to deliver an exceptional 11-day competition,” said David Lappartient.

The 2023 UCI World Championships will include 13 disciplines and are expected to attract more than 8,000 amateur and elite cyclists from at least 120 countries to crown more than 190 UCI world champions. Over a million viewers are also anticipated, with a global television audience of over a billion, making it one of the 10 most-watched sporting events on the planet.

In a press conference this Wednesday the dates and details were revealed. Events will take place in Glasgow and across Scotland, and will include road cycling, track cycling, BMX, mountain biking and para-cycling, among others. Newly collected world championships will occur every four years, prior to an Olympic/Paralympic year.

Paul Bush, the event’s chairman, explained that it was about more than just rainbow t-shirts. “This is about making transformative change in society. It’s about how do we get more people to ride a bike? How do we reach disadvantaged groups?

“How do we get more sustainability and links to the environment for society? Because the bike can do that. It is a unique tool”.

“It is the first time that the entire cycling family will be together at the same time, said Amina Lanaya, UCI Director General, who also noted that “it presents an incredible opportunity to showcase cycling as a sport, but also to make a positive difference in the world”.

There are three key themes that the organizers focus on: people, place and planet.

Of the “venue”, Trudy Lindblade, CEO of the 2023 world championships, said: “Scotland is a perfect place to cycle, from vibrant towns and cities to beautiful coastlines. We want to ensure that Scotland is a cycling bucket list destination. And we can do that by showing this event in venues across Scotland.

“The world is facing the world is facing a climate crisis,” Lindblade said. “The bicycle can play a crucial role as a vehicle for change. The championships will help encourage people to make positive commitments to clean air.

“Powered by pedals, we will strive to deliver the most sustainable cycling event ever staged and showcase the power of cycling as a catalyst for transformational change in Scotland and beyond.”

The World Cup has a budget of 45-50 million euros, with funds coming from various local and national bodies, including UK Sport and the Scottish Government.

The positioning of the world championships in August supposes an adjustment in the usual cycling calendar. The road events will now slot between the Tour de France and the Vuelta a España, while the track worlds will also move forward in the year.

UCI president David Lappartient said they would have to “rebuild and reshape” the calendar to fit the events. The World Road Championships used to be held at the end of August, but this was before the Vuelta changed its schedule. In the season

Lappartient was also asked about the possibility of a separate U-23 women’s road race from the elite race, rather than awarding both titles in the same race, as will happen this year. He said this was on the agenda of the UCI management committee but unlikely to be ready for 2023.