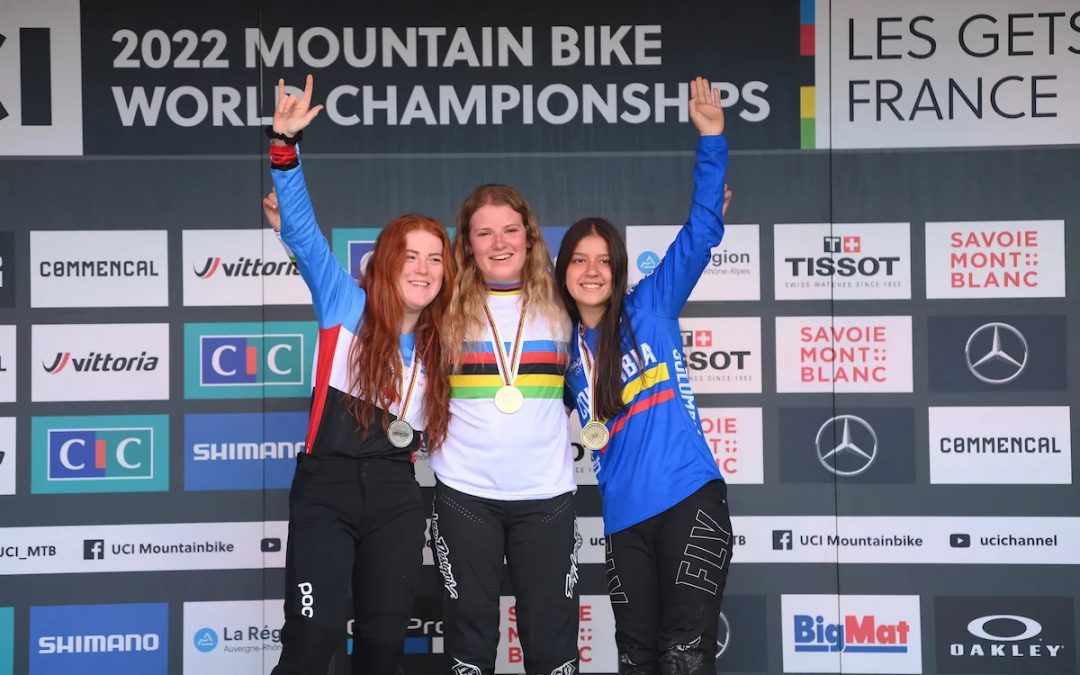 Canadian Gracey Hemstreet and Colombian Valentina Roa Sánchez fulfilled an outstanding performance this weekend, adding silver and bronze in the downhill final, in the junior category, during the Mountain Bike World Championship, which takes place in Les Gets, France.

Gracey Hemstreet led the Canadian effort with a silver medal in the junior women’s downhill. It is the second medal in a world championship for the Sunshine Coast runner, since in Val di Sole, Italy 2021, she won bronze in the same modality.

On her part, as a great performance can be valued the third place of the Colombian youth, who knew how to recover from a fall during the descent, and overcome those lost seconds, to get on the final podium.

In the men’s branch, Sebastián Holguín Villa finished in seventh place, with a figure of 3:39.121, 10 seconds behind the winner of the test, the British Jordan Williams, who was crowned champion after arriving in 3:28.324.