America attacks in the Tour: Nairo is leader of the mountain, Urán third in the general 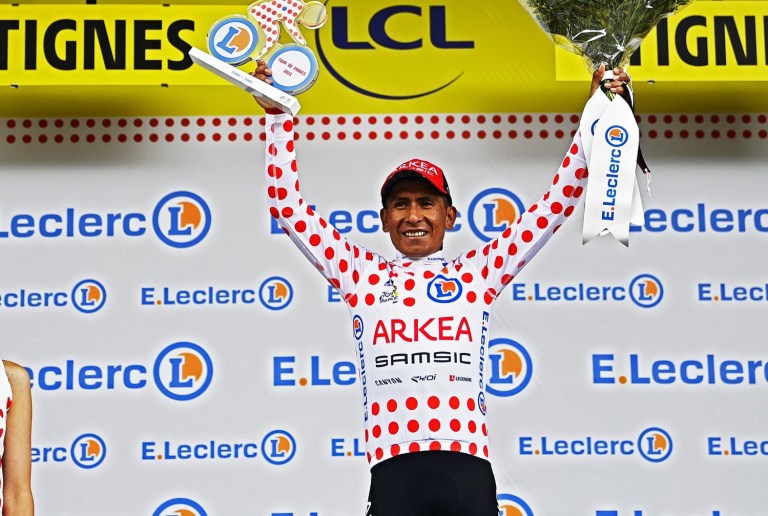 Three news were reported by the riders of America in the ninth stage of the Tour de France: Nairo Quintana (Arkea Samsic) is the new leader of the mountain classification; another Colombian Rigoberto Urán (EF Education Nippo) advanced to third place in the individual overall; while the Ecuadorian Richard Carapaz (Ineos-Grenadiers) entered seventh today and climbed to the fifth step of the tournament.

Ben O’Connor (Ag2r-Citröen) was left with a sensational solo victory this Sunday, the first day with a high finish of the 2021 French round that was played between Cluses and Tignes, over a distance of 144 kilometers, while Tadej Pogačar (UAE Team Emirates) will take the first break from the turn with the yellow jersey on Monday.

A remarkable acceleration 17 kilometers from arrival was enough for O’Connor to celebrate a great victory at the finish line. The Australian who began his path to victory with Colombians Sergio Higuita (EF Education Nippo) and Nairo Quintana (Arkea Samsic) who were great protagonists of this demanding and rainy fraction, gave the first joy to his club Ag2r-Citröen in the ‘Grande Boucle’.

Thanks to this remarkable performance of the South American climbers, Nairo Quintana became the new leader of the mountain, as he was a great protagonist in the scoring steps, taking the first steps towards one of his main slogans, which is to fight for this classification.

The battle for the points of the mountain began in the first category Col des Saisies, -second climb of the day- in which Wout Poels (Bahrain Victorious) crossed first, beating Nairo. In the transit to the Col du Pré, the Boyacense was in charge of forcing the march achieving his mission, winning the port out of category and taking down his two main contenders by the climbers’ jersey, Michael Woods (Israel Start-UP) and Wout Poels (Bahrain Victorious) who yielded to the strength and solidity of the Arkea Samsic leader of the ranks.

For his part, Rigoberto Urán (EF Education Nippo) managed to stay in the group of men who aspire to privileged positions, entering the finish line in tenth position and moving up to third place in the general classification.

In the first kilometers of the final climb to Montée de Tignes and after a stupendous performance, Nairo Quintana lost contact with the leading pair made up of Sergio Higuita and Ben O’Connor, who began the 21-kilometer ascent in about eight minutes over the group of leader Tadej Pogačar (UAE Team Emirates) who had no trouble maintaining his privileged position.

After the first rest day of the French round this Monday, the tenth stage will be completed on Tuesday over a distance of 190 kilometers, starting from Albertville and ending in Valence, a fraction that presents a flat layout, ideal for a sprint definition between the fastest men in the last meters.

General classification of the mountain: