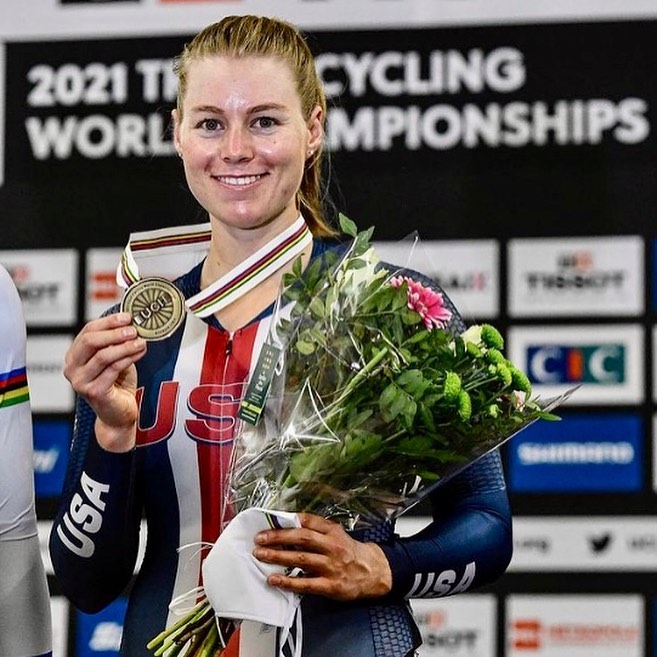 The first day of the World Track Cycling Championships in Roubaix, France, left for our continent a bronze in the scratch of the Olympic champion Jennifer Valente, from the United States, while the Canadian women’s and men’s speed teams finished fifth and seventh , respectively.

In the first event that gave medals in the world appointment, everything seemed calm and without any shock after the first 34 laps of the 40 that the test consists of (10 kilometers), when for the moment the Hungarian Johana Borissza broke the hostilities with an attack on the that only the Italian Martina Fidanza answered, who after catching the cyclist continued with her acceleration until she reached a sufficient advantage to win the solo victory.

The final offensive surprised the great favorite, the American Jennifer Valente, a silver medalist in the 2020 World Cup in Berlin, and an Olympic gold medalist in Tokyo 2020, who had to finally settle for the bronze after being surpassed in the final sprint by the Dutch Maike van der Duin, who won the silver.

For its part, the Canadian women’s speed team, made up of Lauriane Genest, Kelsey Mitchell and Sarah Orban, after setting the third fastest time in qualifying (48.362 seconds), fell in the second round against the whole of Japan and were left out of the discussion of the podium, monopolized by Germany, Russia and Greater Bertaña, in that order.

In the case of men, Hugo Barrette, Ryan Dodyk and Nick Wammes scored the seventh record in the first phase (43,986), but then lost to the whole of France, in the end runner-up in the world, after being surpassed by the team of Holland. Germany finished with bronze.

This October 21, the World Track Championship will continue with the team pursuit finals, in both sexes, as well as the scratch and keirin for men, and the elimination race between the ladies. In all of them there will be a strong presence of riders from America.