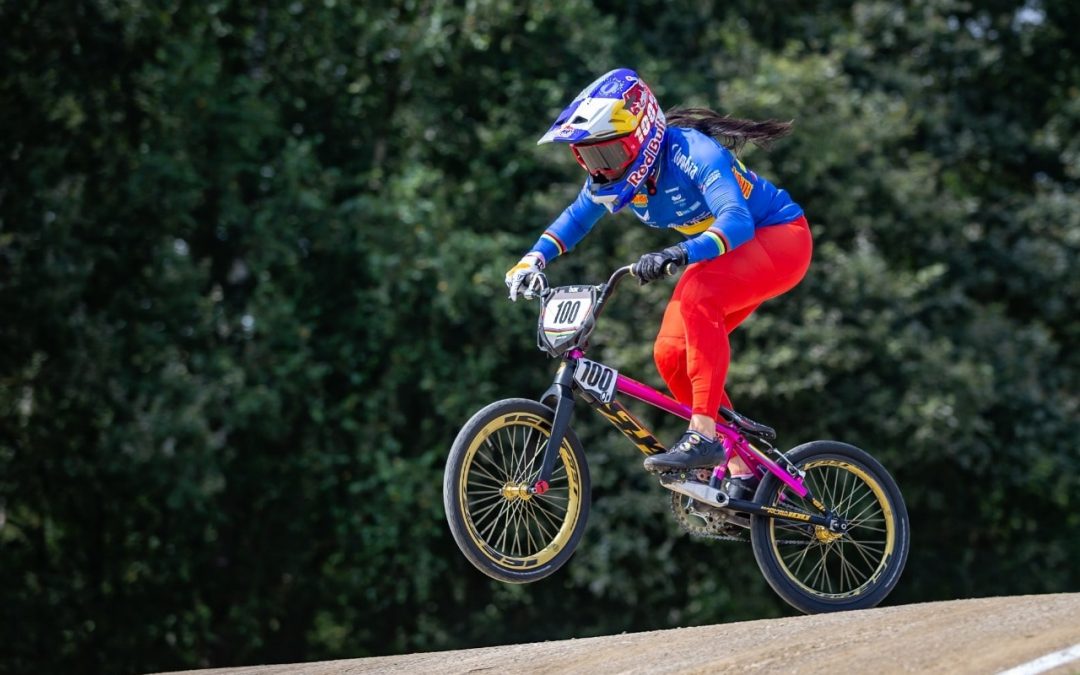 The BMX Racing World Championship in Papendal, Holland, left America with two medals in the youth category (silver and bronze), while the most outstanding figure of our continent, the Colombian Mariana Pajón, finished fourth in the female elite.

The Canadian Teigen Pascual scored the best result in our region, after finishing with the subtitle among the young ladies, behind the French Mariane Beltrando and ahead of the local Michelle Wissing.

In the men’s competition, also junior, the bronze medal went to American Drew Polk, who escorted Italian Marco Radaelli and Frenchman Louison Rousseau to the podium, gold and silver, respectively.

Recently crowned Olympic champion at Tokyo 2020, Bethany Shriever was crowned BMX world champion in the elite ladies category this Sunday in Papendal, the Netherlands. On her side, the great Colombian star of the modality Mariana Pajón occupied the fourth position.

Shriever, who from the start made the difference and won the first line of the race before reaching the first cant, beat the Dutch Judy Baauw and Laura Smulders who took the podium in second and third position.

The three-time Olympic medalist Mariana Pajón who qualified without problems to the final instance after being second in the semifinal, had a difficult game, and entered the goal in the fourth place, managing to save a fall.

For America, the American women Alise Willoughby and Felicia Stancil, sixth and seventh, respectively, were also included in the women’s final;

In the male branch, the Colombian representatives did not have great luck. Juan Camilo Ramírez, Juan Esteban Naranjo, Diego Arboleda and Mateo Carmona were eliminated, while Vincent Pelluard advanced to the quarterfinal stage, where he was eliminated by entering the goal in fifth place.

To the joy of the locals, the Dutch Niek Kimmann won the title in the men’s division, beating in the final phase the French Sylvain Andre and the Swiss David Graf who occupied the third position. The best of our continent ran for the northern Cameron Wood, eighth seat.