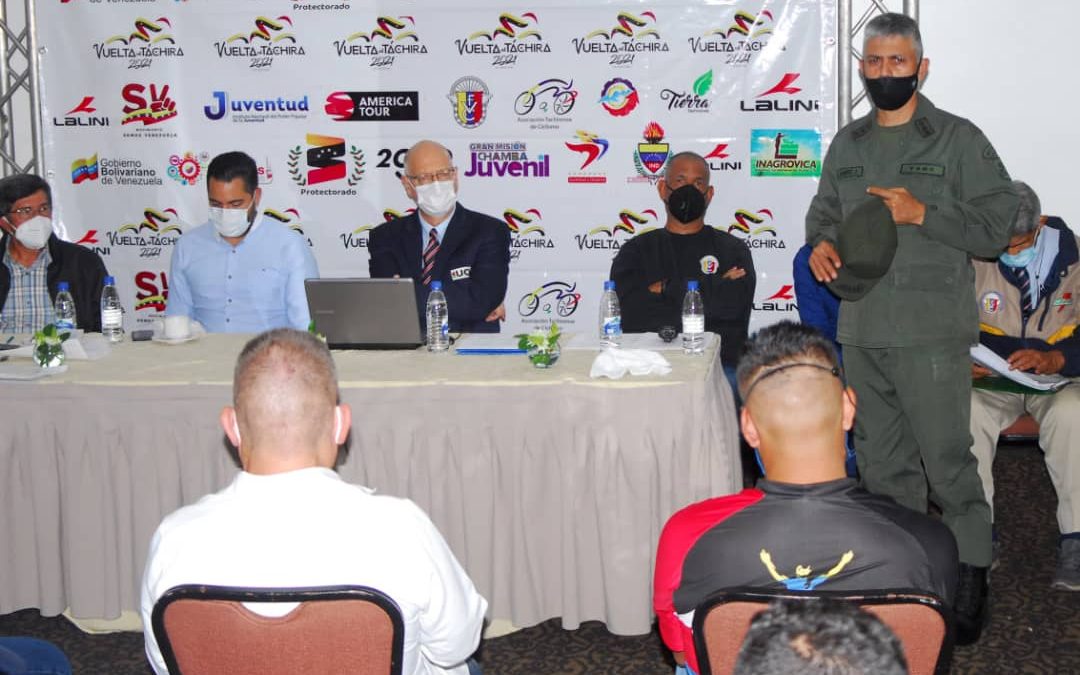 With the celebration of the Technical Meeting, chaired by the UCI International Commissaire, Héctor Fabio Arcila from Colombia, the last details were finalized today in San Cristobal before the start of the 56th edition of the Vuelta al Táchira.

The so-called “Vuelta Grande de América” will consist this time with the participation of 153 riders from 27 teams, including Team Medellín, leader of the continental ranking for the last two seasons, the team led by José Julián Velázquez arrives with a very strong army commanded by the Spanish Oscar Sevilla along with the Colombians Fabio Duarte, Bernado Suaza and José Tito Hernández.

Orgullo Paisa with Danny Osorio and Alexander Gil join five other coffee squads that will brighten up the frontier classic.

The local delegation will be made up of 15 teams where runners of the stature of José Rujano, the highest winner in the history of these classics (four), Roniel Campos, winner of the previous version, Jonathan Salinas, champion of the 2017 of the tour itself, among many stand out. other prominent local runners.

The Italian Androni-Sidermec and Bardiani CSF complete the peloton along with the continental Best Pc of Ecuador and the national teams of Panama and Guatemala, where Christofer Jurado, winner in Chiriquí and the Central American Championship of the specialty and Mardoqueo Vásquez, king of the last stand out edition of the Tour of Guatemala.

Strict measures and a demanding protocol against Covid-19, the implementation of a device to perform the screening of all technical personnel through rapid tests and PCR, following the guidelines of the WHO and the UCI, maintaining the previous bubble, during and after each stage

Tomorrow, Sunday 17th, from 10:00 am, the peloton will be rolling in the first stage of the classic between Lobatera and El Vigía at a distance of 131.9 kilometers where four intermediate sprints will be played, two of them will deliver a bonus to the winners.