AMERICA TOUR. VUELTA TO GUATEMALA. ROBERTO GONZÁLEZ REPEATS IN STAGE 3 AND MAINTAINS THE DIFFERENCE IN THE INDIVIDUAL GENERAL 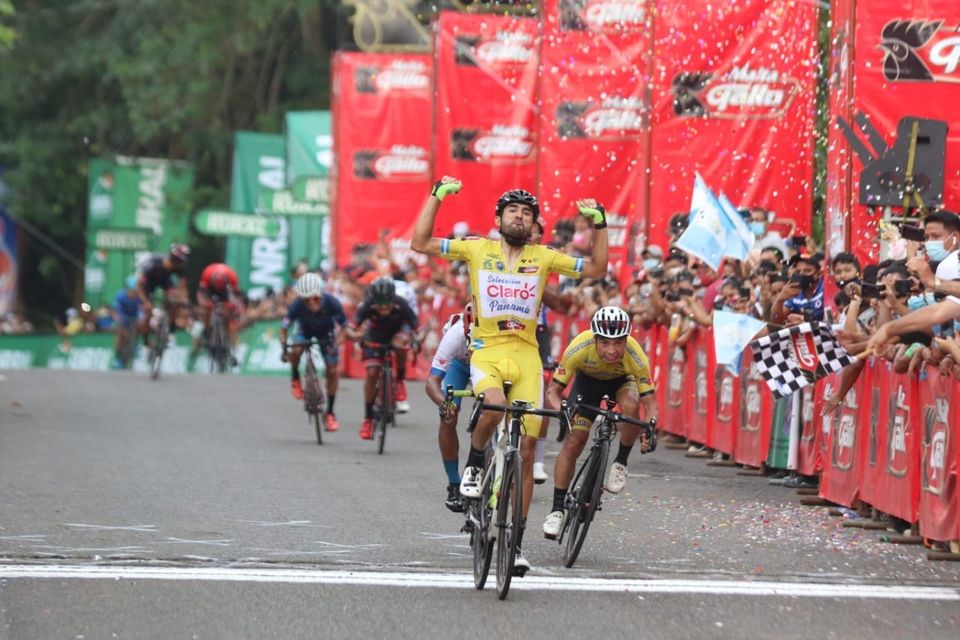 The cyclist of the Panama National Team Roberto González wins the third stage of the 2020 Cycling Tour.

The Panamanian took his second stage in the 60th edition of the Vuelta Ciclística a Guatemala, it should be noted that he also took the second stage disputed on Saturday, October 24.

This Sunday the third stage of the 60th edition of the Vuelta Ciclística a Guatemala was played, starting from the Erick Barrondo stadium in zone 7 of the capital city. The Finish would be at the Minor League stadium in Coatepeque, Quetzaltenango, a 218-kilometer route, with three fIntermediate Sprints and two mountain prizes.

The first group of escapees took place after the first mountain award at kilometer 16.5 in Villa Nueva, the rain was beginning to fall as in the entire national territory. Brayan Ríos, Esdras Morales, Ignacio Prado and Pablo Caicedo led the group at the height of the municipality of Siquinalá in Escuintla.

The escapees came to have an advantage of one minute 25 seconds of difference with the peloton, although this was gradually diluted, at kilometer 80 two more cyclists joined.

The group of escapees achieved a maximum difference of 4 minutes and 20 seconds over the peloton during the course of the competition.

The trend continued for much of the stage. However, little by little the squad was closing the gap with the group of fugitives until they reached the second mountain prize where everything was even.