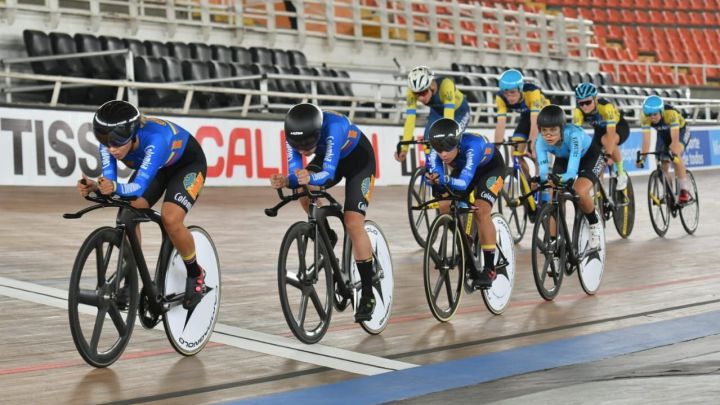 The Alcídes Nieto Patiño velodrome will host the last stop of the UCI Cup of Nations Cali 2021 from September 9 to 12, and our continent will be represented by 14 countries, led by Colombia, the United States and Canada.

Following the events in Hong Kong and St. Petersburg, this is the last chance for more than 200 cyclists from four continents to score points to qualify for the World Track Championships, to be held in Roubaix, France, from September 20-24.

Due to the coronavirus pandemic, the International Cycling Union (UCI) has decided that there will be no public presence on stage as a precaution with athletes, as long as the health protocols to be complied with are very rigorous, as required by the cycling entity and the Colombian medical authorities.

In total there will be 242 participants. In Cali the delegations of Algeria, Egypt, Nigeria, and South Africa for Africa will meet. For America, Barbados, Brazil, Canada, Chile, Colombia, Costa Rica, Ecuador, the United States, the British Virgin Islands, Mexico, Trinidad and Tobago, Peru, Uruguay and Venezuela will attend.

Teams from Germany, Belgium, Belarus, Slovakia, France, Hungary, Italy, Norway, Poland, the Czech Republic, Romania and Ukraine will compete in Europe. And for Asia will be India, Malaysia, Thailand, Uzbekistan and Israel.

Some cyclists to watch out for

Some of the runners who will be present at the Alcídes Nieto Patiño velodrome come from achieving very important personal and group achievements in their latest competitions. American Ashton Lambie, who just set the new world record for the individual pursuit in Aguascalientes, Mexico, by setting the 3: 59.930 mark, becoming the first cyclist to break the mythical 4-minute barrier and surpassing Filippo Ganna . The runner will release this sign in the city of Cali.

The Germans Franziska Brausse, Lisa Brennauer, Lisa Klein and Mieke Kröger, who won the gold medal in Tokyo, breaking the world record three times in the team pursuit will also be at the event in search of a place in the next World Cup. .

Finally, the North American Jennifer Valente, recent medalist of Tokyo 2020, where she won the Omnium and was bronze in team pursuit, a test in which she also won silver in Rio 2016 will say present at the last stop of the Nations Cup 2021 .