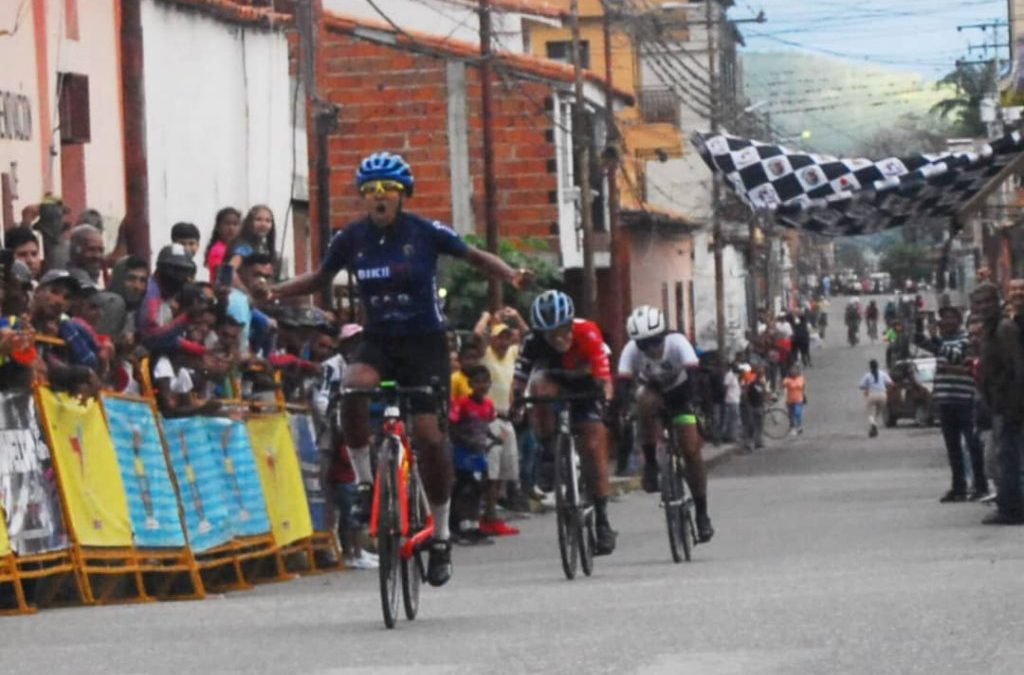 She was a prophet in her land and she said between some tears of emotion “I still don’t believe it.” Anghisbel del Valle won the second stage of the Women’s Vuelta Venezuela and Wilmarys Moreno kept the leader’s pink jersey, in a 77-kilometer section, of the circuit held in the afternoon (3:00 pm) in front of the Bolívar square in Nirgua, state Yaracuy.

At barely 18 years old, since she was 11 riding a bicycle, Anghisbel, from the Fundacion Angie González Carabobo team, finished at the sentencing line with a time of 2 hours, 15 minutes and 3 seconds, escorted by Shantal Zambrano (Shimano La Guaira ) and Daniela Moncada (Import Bike El Vigía) closed the podium with the same figure.

For her part, the leader of the competition, Wilmarys Moreno (Team Carabobo -Owlbike) passed in fourth place (3’09”) and fifth, Karelia Machado (Fundación Angie González Carabobo, MT). Wilmarys Moreno keeps the shirt with a time of 3 hours, 59 minutes and 34 seconds, followed by Rosimber Montaño (2’32”) and Shantal Zambrano (2’55”).

A second chapter with a climate with the threat of rain, on a cool to cold afternoon, with a good attendance of fans, as is customary in Nirgua, land of cyclists, like the Olympian Orluis Aular, of people who know the pedal, a lot pink color that identifies the females.

It was a 77-kilometer section, distributed in 14 bypasses of 5.7, where the leader Wilmarys Moreno (Team Carabobo -Owlbike) remained in a second group of 11 protagonists.

The sprints for the escaped trio

The first sprint, in the second turn, was carried by Moncada, escorted by Zambrano and Del Valle, who in that step took the first difference of 1’10”, which increased with the passing of the kilometres.

The second emotion in the sixth round was taken by Del Valle, followed by Moncada and Zambrano with a difference of 2’08”.

The other two sprints, third (lap nine) went to Daniela Moncada, there at the wheel Shantal Zambrano and Anghisbel del Valle and the last emotion went to Zambrano, then Del Valle and Moncada.

But the three breakaways from the third turn were complete, taking 3 minutes and 16 seconds, leaving everything to define among them the winner of the second stage in Nirgua, fresh and cold Yaracuyana land, but wrapped in the color of its people. who also knows about cycling and celebrated the triumph of his daughter who runs through Carabobo in a big way.

“I still not believe it”

«I congratulate my colleagues from the Angie González Foundation, the confidence and the opportunity that Angie González gave me; to my adversaries who were tough, to the mayor of Nirgua, Edgar Wilfredo Díaz for bringing our land back. I still not believe it” ; said Anghisbel del Valle with some tears of emotion, which covered her glasses.