Announcement of the cycling team that will compete in Tokyo 2020 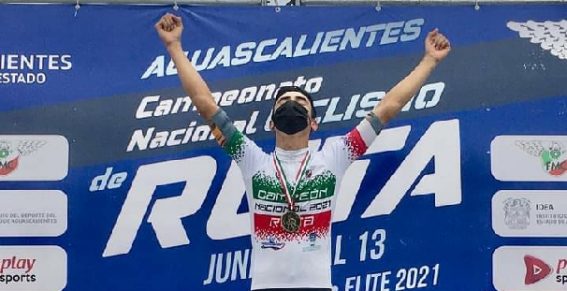 The Mexican cycling team that will compete in the Tokyo Olympic Games was made up of seven riders, two on the road, two on the mountain and three on the track, as announced by the National Olympic Committee.

The athletes who will be on the road will be Yareli Salazar and Eder Frayre, in the mountains they will be Daniela Campuzano, who will be in her second Olympic fair, after Rio de Janeiro 2016 and Gerardo Ulloa.

While on the track Daniela Gaxiola and Yuli Verdugo will compete in the team speed, keirin and individual speed tests, and Victoria Velasco will do it in omnium.

Frayre will be conducting a preparation camp in Baja California, while Salazar will continue working in Guadalajara, both riders could be concentrated in Mexico City at the beginning of July, since they are scheduled to do a preparation camp in Hiroshima, for what they would be traveling on July 11.

Meanwhile, Campuzano and Ulloa returned from Austria on Tuesday after their participation in the World Cup and could compete in the National Mountain Championship on July 4, which would be their last event before Tokyo.

For his part, Gaxiola will be in Guadalajara, while Verdugo and Velasco will participate in the Pan American Track Championship in Lima, Peru, from June 23 to 29.