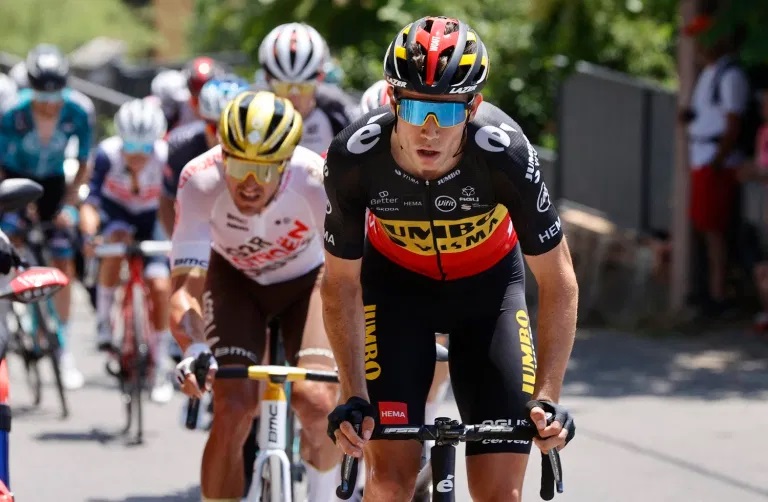 The Belgian champion Wout van Aert (Team Jumbo-Visma) was confirmed as one of the best cyclists of the moment after winning this Wednesday in the 11th stage, in which the Colombian Rigoberto Urán (EF Education – Nippo) and the Ecuadorian Richard Carapaz (Ineos-Grenadiers) took a big step to finish on the podium in Paris, after ascending to second and fourth place in the individual overall.

Van Aert, who escaped with a group at the beginning of the stage, was leaving all his companions on the run, and in the second pass through the Giant of Provence, he left alone to achieve a great victory in the segment where the leader of the race Tadej Pogacar (UAE-Team Emirates) faltered, although he kept the golden robe to great advantage.

The two South American cyclists stayed in the last kilometer of the second ascent of Mont Ventoux, when the young Danish Jonas Vingegaard (Team Jumbo-Visma) led an attack to which even Pogacar could not respond, who for the first time proved to be human.

On the long descent to Malaucène, 22 km in which several runners exceeded 100 km / h, Urán and Carapaz first caught up with Pogacar and then Vingegaard, to cross the finish line at 1:38 behind Van Aert, in the fifth and sixth stage post, respectively.

In the general classification and despite the bad moment lived this Wednesday, Pogacar is leader with 5:18 of advantage over Urán, who rises one place after the Australian Ben O’Connor (AG2R Citroën Team) suffered an ordeal and left more three minutes in goal with respect to the Colombian.

Third now is another of the great protagonists of the day, the Danish Vingegaard, at 5:32, with a single second advantage over Carapaz.

In addition to O’Connor, another of the Ventoux victims was the Spanish Enric Mas (Movistar Team9, who also aspired to the podium in Paris, but lost almost a minute and a half with the favorites and is eighth in the standings at 7:11 behind the yellow

Urán: “Very hard stage, fortunately we were able to be ahead”

Rigoberto Urán did a great job this Wednesday and highlighted the importance of reaching the goal with his main contenders for the privileged positions, in a day as exhausting as this one.

The Antioqueño spoke of the harshness of this day. “We are going day by day, there is still a lot of Tour left and we are doing well. The stages here are tough, today was an important stage; with two climbs to Mont Ventoux and I think that in the end it was possible to control the time ”.

Urán spoke about the control work on Jonas Vingegaard that put at risk his promotion to the second position of the general classification. “Vingegaard left us, he took us 30 seconds up and fortunately we were able to control him on the descent, now we are going to continue working, we are doing very well.”