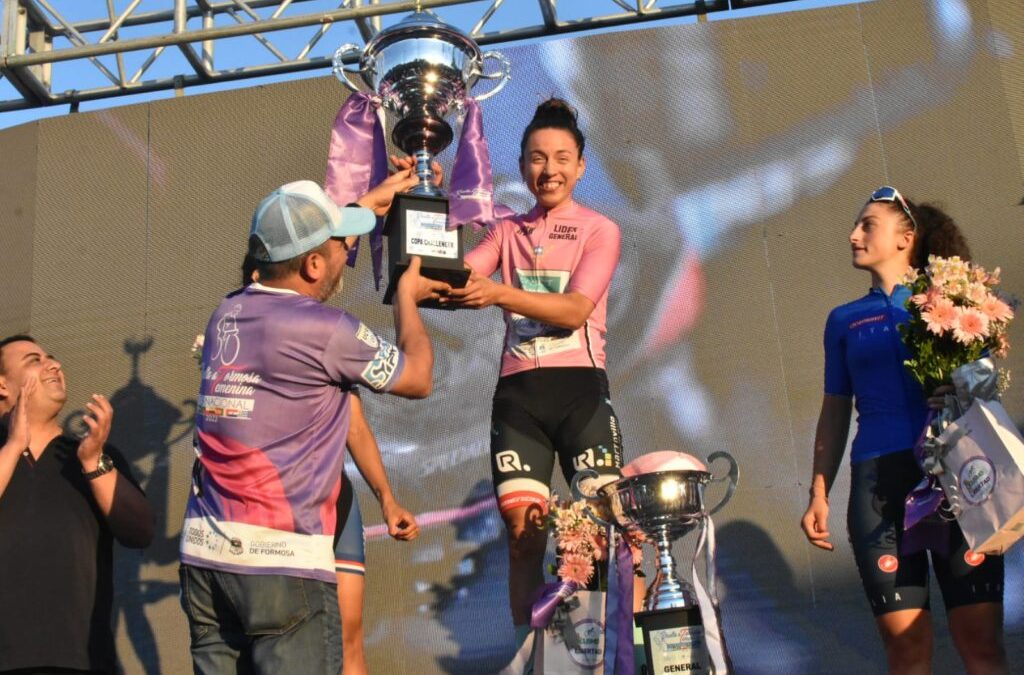 The triumph of Valentina Baslico of the Italian National Team defined the last round of the Vuelta Internacional a Formosa 2022, but it could not prevent the Chilean Aranza Villalón of Eneicat-RBH Global from being crowned in the general classification. This is how the first edition of the race that opened the UCI world calendar went away.

That closure for the 81 kilometers in the Costanera Formoseña circuit, brought together a large number of people who enjoyed an excellently organized event for three days and which already ensures a second edition with more international figures.

The main peloton controlled the race in the final stretch, stopping attacks and leaving everything to the pack, in which the 19-year-old Italian girl crossed the finish line first with a time of 2h01m40s, being ahead of the Chilean Paola Muñoz ( Eneicat-RBH Global) and the Colombian Elizabeth Castaño (Colombian National Team).

Aranza Villalón took the overall title. The Chilean cyclist climbed to the top of the podium, accompanied by the Paraguayan Agua Marina Espínola, who was second and the Italian Cristina Tonetti, third. The top five was completed by Colombians Lina Mabel Rojas and Lina Marcela Hernández (both from the Colombian National Team).