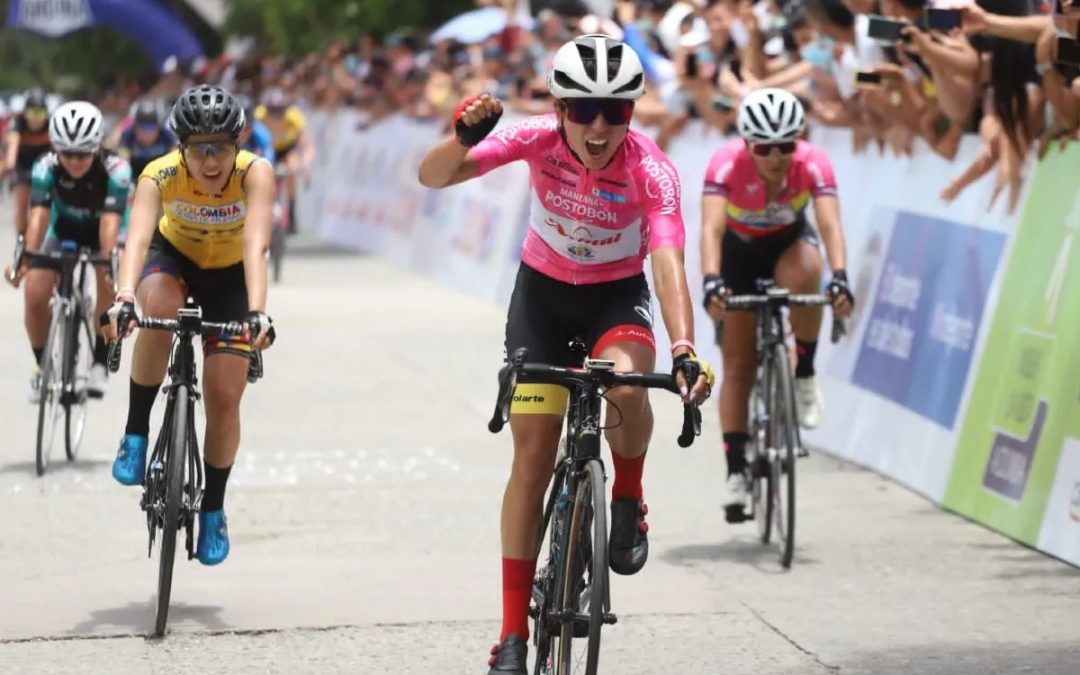 Without paying much attention to a fall suffered 10 kilometers before and with the help of her teammates, the Chilean Aranza Villalón launched herself with all her strength to the final sprint and the second stage of the Women´s Tour of Colombia was scheduled, between Villavicencio and Lejanías. , with which it happened to command the general classification.

The rider, monarch of the 2019 edition and leader of the Avinal-Carmen de Viboral club, beat the Colombian Camila Valbuena (Colombia Tierra de Atletas GW Shimano) and one of the favorites, the Ecuadorian Myriam Nuñez (Liro Sport-El Faro), second and third, respectively.

The day of 119.1 kilometers was very hard for the 26-year-old Chilean cyclist, who revealed to the press after passing the sentence line that it was a victory that she owed to her team, as they helped her stick to the peloton after a mishap 10 kilometers from the finish, which included an incredible drop.

“The last kilometer was not visualized very well and when the police told us that we had to run to the right side, all I did was visualize the arrival and seeing that there was a little more than 500 meters left, I was able to hit it hard until we passed the goal. . I am very surprised to have taken the stage, “added the Chilean runner, also leading the points classification with 15 units.

With the time bonus for the triumph of this segment, Villalón will start with the yellow jersey this Thursday, just one second ahead of the local Katherin Steysi (Colnago CM Team), while the former leader, the Venezuelan Lilibeth Chacón (Merquimia Proyecta Team) dropped to the third rung at 6 seconds, after entering 15th place on Wednesday.

“We have a slight advantage for tomorrow to be able to be among the last to start the time trial,” concluded the southern rider, who will face the third fraction of the Women’s Tour of Colombia with great optimism, since it is an individual time trial on a route of 24.3 kilometers between Castilla La Nueva and Acacías.