Aranza Villalón is second in the III Valladolid Trophy 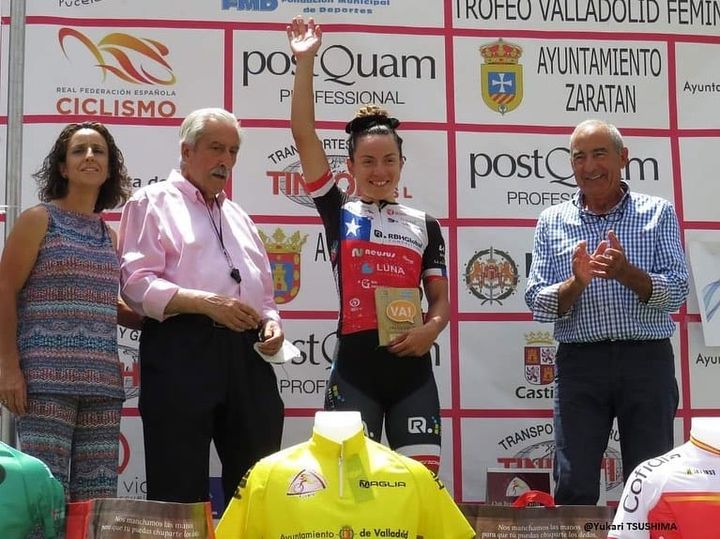 The national cyclist of Team Eneicat-RBH Global had a great performance and took second place after a final sprint in which the Spanish Eukene Larrarte took the victory by centimeters.

Finally, both finished the test with a time of 2 hours, 4 minutes and 16 seconds. Third place went to the Spanish Isabel Martin.

The elite-sub23 race of the III Trofeo Valladolid de féminas Rosa Bravo, eighth and penultimate round of the Copa de España Féminas Cofidis, began at 10:00 on Sunday and after a few kilometers there was a large crash, in which several The cyclists were treated by the medical services, which forced the test to be stopped until all the medical personnel could rejoin.

The break, which lasted for more than an hour, cut the route to 35 kilometers so as not to reach the finish line too late. Due to this, it was not possible to ascend Alto de la Garganta and Alto del Portillo, and the participants faced a mostly flat route.

After the restart, the six found a good understanding that, on the long straights of the Valladolid roads, allowed them to increase their advantage to over two minutes. In the peloton, due to the fact that the most powerful teams in the competition were represented at the top, no squad decided to make a big bet to bring down the breakaways.

Even so, the lack of understanding of the breakaways once they approached the finish line caused the peloton to get on top of each other, although finally the runners who were riding in front had room to dispute victory among themselves.

The sprint for victory was launched from far away and quickly Eukene Larrarte and Aranza Villalón took the lead to maintain a precious pulse until the finish straight. There, a great final kidney blow to glory was given by Larrarte, who has celebrated his first victory as an Elite on the road full of happiness after having previously caressed it on many occasions.

Idoia Eraso, who was fourth, was the best sub23. The winner of the mountain went to Diana Pedrosa, while the local cyclist Isabel Martín won the prize for the flying goals.