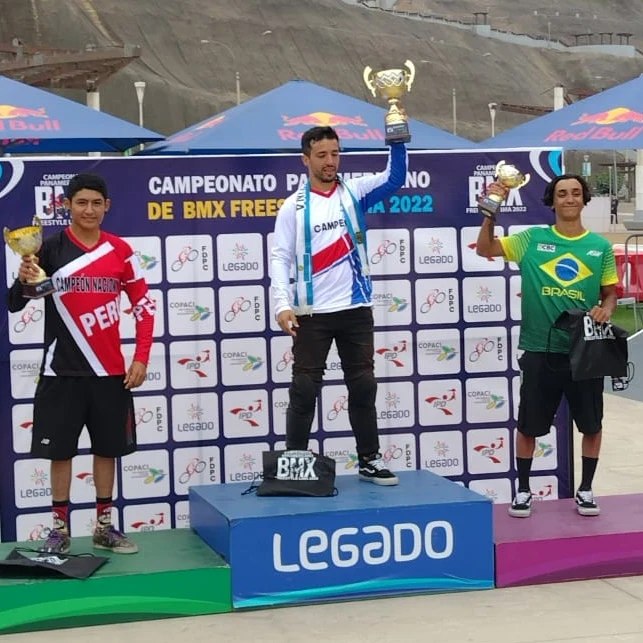 After two days of intense competition, José Torres from Argentina and Liz Villegas from Colombia were proclaimed Pan American BMX Freestyle Champions in Lima, Peru, where riders from eleven nations of the continent gathered.

The applause of the public resounded this Sunday at Legado Costa Verde when witnessing the best stunts, during the last date of the Championship, in which the best specialists in America competed, including world, regional and continental medalists.

The first place in the men’s section was taken by the Argentine José Torres, escorted by the Peruvian Arnol Montañez, and in third position was the Brazilian Gustavo Batista Oliveira, winning the bronze medal.

The local press highlighted the work of Peruvian Arnol Montañez. “By taking second place in this competition, he continues to demonstrate that his level has been improving more and more, after having achieved 6th position in the 2021 Pan American and finishing 5th in Asunción 2022,” several statements from the Peruvian Cycling Federation said.

In the women’s category, the undisputed winner was Liz Villegas from Colombia, while the silver went to Katherine Diaz, from Venezuela and Carolina De Souza from Brazil got bronze.

In total there were 61 men and 9 ladies who competed in this spectacular infrastructure, in charge of Legacy; looking to add points with a view to the Pan American Games in Santiago de Chile 2023 and the Olympic Games in Paris 2024.

“The circuit we have is one of the best internationally,” said Arnol Montañez, who also thanked his family and fans for their support, because “we are thus consolidating our country as an important hotbed of this sport.”

In this way, the continental BMX contest was closed, which was held for two days on the ramps of Legado Costa Verde, the only venue in the country and which has the required certifications for high performance.