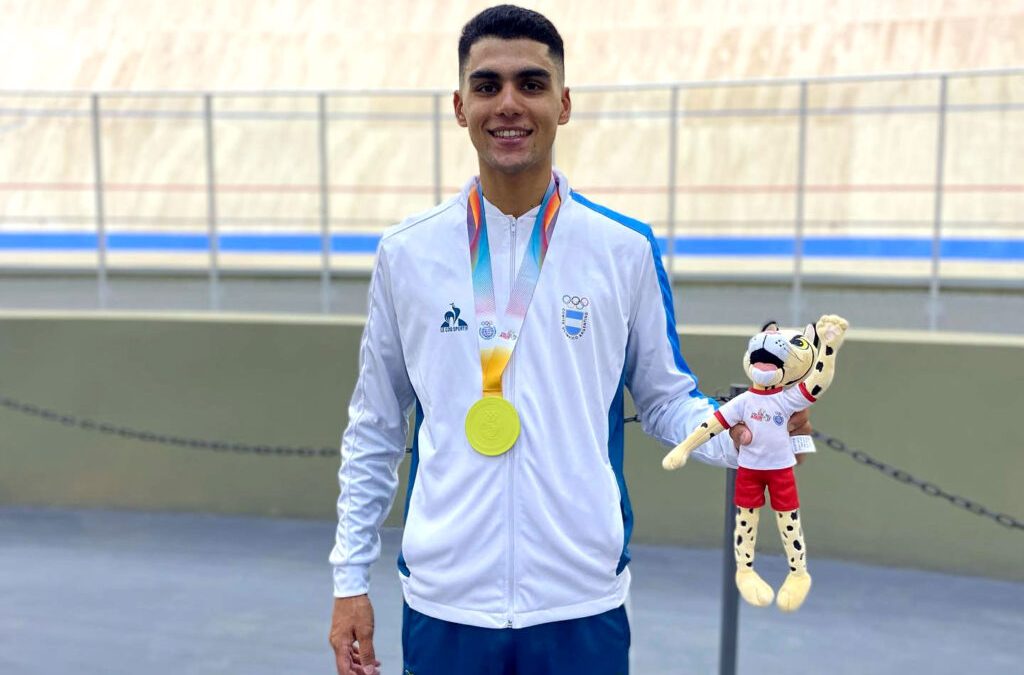 The Argentine Tomas Contte broke with his gold in the omnium the dominance of Colombia in the track cycling of the South American Games Asunción 2022, whose third day this Friday left two more titles for the South American coffee growers in a fight that will conclude this Saturday.

Contte had the most even performance in the four tests that the omnium brings together (Scratch, Tempo, the Elimination race and the Race for points) with which he surpassed great favorites and left the Colombian Nelson Martínez in silver and the Chilean in bronze Jacob Zuniga.

On this third date of track cycling competitions at the Asunción 2022 South American Games, which take place at the Paraguayan Olympic Park velodrome, Colombia added two new golds and two silvers, to ratify itself at the top of the medal table with seven crowns.

The trio of Rubén Murillo, Juan David Ochoa and Carlos Echeverri gave the country the sixth gold medal on Paraguayan soil, after winning the men’s team speed, after beating the teams from Argentina and Venezuela, who took silver and bronze, respectively.

The seventh national gold in Asunción came from the hand of Valeria Cardozo, who won the keirin, in a test that Juliana Gaviria also won silver. The podium was completed by the Argentine Valentina Luna.

This Saturday will culminate the participation of Colombian cycling in the Asunción 2022 South American Games, with the men’s keirin and madison tests in both branches.