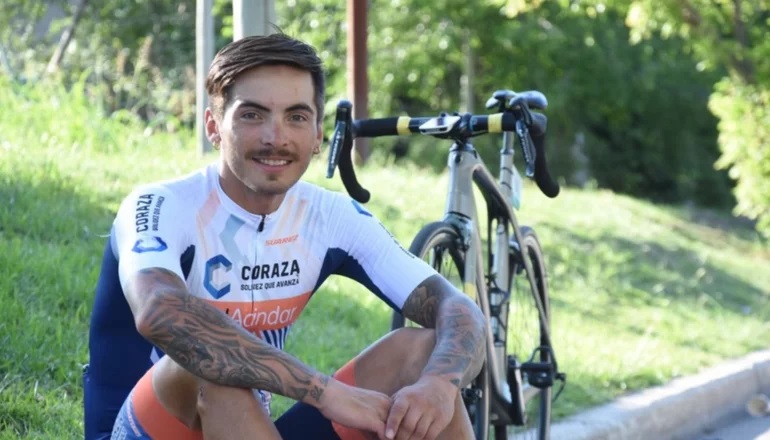 On June 20, it hit all cycling lovers hard: Mauricio Quiroga died. At the age of 30, one of the best riders that Argentina gave faded: junior world runner-up, quadruple Pan-American champion with world title included, seventeen-time Argentine monarch, representative of the National Team, a man who had made the velodrome his natural habitat. A true “Beast” of cycling. It was nice to pay admission to see it. The bike was always his faithful companion.

He started very young. At the age of four he was pedaling through the streets of Villa Mercedes. Then came the turn of the first races, of the children-juveniles and those long trips around the country. The classics with Thalía Aguirre. the podiums. The consecrations. The years went by and the hierarchy kept advancing. In San Luis and in various parts of the country there was talk of a Puntanito that was flying.

The kid became a man. The medals were common currency and the call came to defend the colors of the National Team. With the “blue and white” he taught in Italy. He was second in the keirin specialty. Montichiari witnessed the hierarchy of the San Luis, who arrived in Italy in silence and surprised everyone, since they were not used to a cyclist from this side of the continent making a podium.

Mexico was another of the countries that surrendered to Mauri’s hierarchy. He was a four-time Pan American champion. A winning machine. A “Beast” of the bike.

Despite the countless titles, he never believed her. He made humility his flag and just on Flag Day his life was extinguished. A crack where you look at it. Up and down the bike. A speedster of law. One of the best in Argentina. Many of the kids chose cycling thanks to Mauricio. They saw him on the bike and everyone wanted to be Quiroga. The speed tests at the velodrome had an I don’t know what when Mauri competed.

That boy who learned to ride a bike first and then to walk had a formidable career. They even took him to Switzerland to enhance his talent. A diamond in the rough. The velodrome was like being in the backyard of his house. In the Argentine championships he wouldn’t let you blink: whoever looked away from him for a moment would miss a final. The adrenaline that he put into each test could only be done by him.

He was born for the track, but when he challenged the route he also did his thing, because when it came to sprinting there was nothing to hit him with. If in the last edition of the Vuelta del Porvenir he had the luxury of falling a couple of kilometers from the finish line, getting up, brushing off his clothes, getting on the bike, packing and reaching the finish line first. Not even the best screenwriter could have prepared that ending.

Cycling was his great love. The life of him. His passion. His bike, his confidante. His buddy. His friend of his years.

Competing against Mauricio Quiroga was like going to fight for silver or bronze. If the “Beast” was fine, it was very difficult to beat him. He was the owner of an innate talent, which over time was enhanced. He treated himself to a break, came back and no one noticed the inactivity.

After getting tired of winning on the track, he went to the road and in those long-winded races, the teams had him as a packer; when he was one kilometer from the finish line and accommodated the bike, everyone looked at his license plate. Strength. Power. Hierarchy. Courage. All those adjectives were in Mauricio’s DNA. A born winner.

The news of his death was a hard blow, not only for cyclists, but for all sports lovers. They all knew him. A good-natured kid. Familiar. Friend of his friends. Low profile. He didn’t like to talk much; he spoke at the velodrome, on top of the bike, that was his natural habitat.

The Return of the Future is still present and latent. Those stages won. That second place. Those hand in hand with teams with great cyclists.

This Monday the life of Mauricio Quiroga was extinguished, who surely must be pedaling with “Chino” Saldaño, Nico Naranjo and so many other cyclists, who every weekend encouraged races throughout the country.

By Daniel Valdes, Taken from the Diario de la República