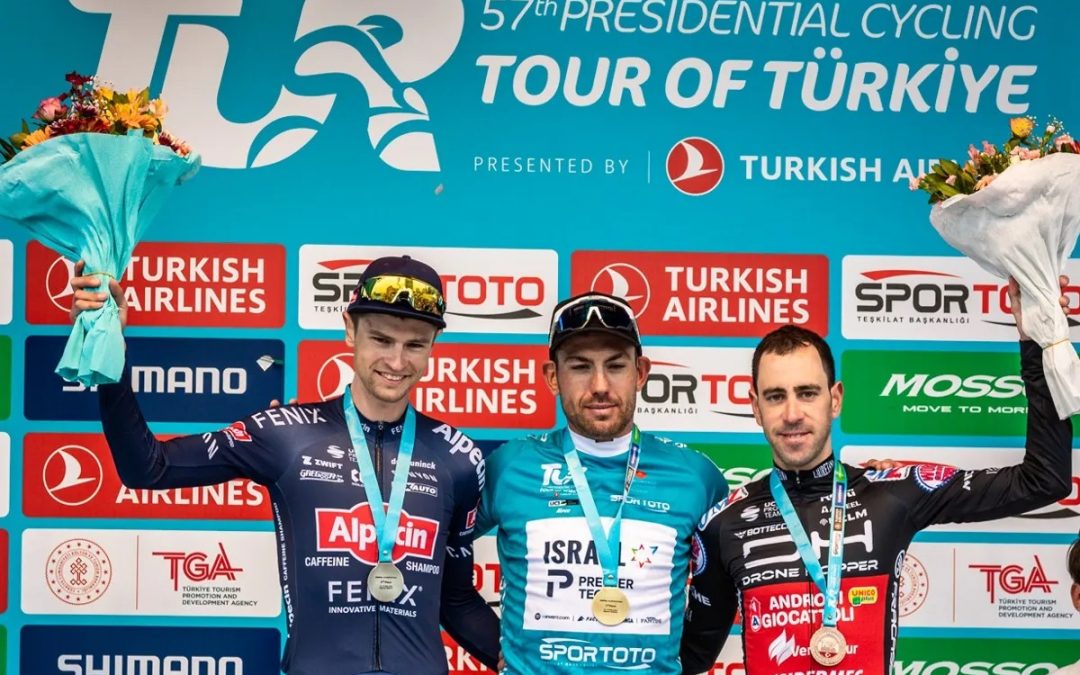 The Argentine cyclist Eduardo Sepúlveda celebrates the third place achieved in the Tour of Turkey, won by the New Zealander Patrick Bevin, after the last stage was suspended today due to inclement weather.

Sepúlveda, of the Italian team Done Hopper-Androni Giocattoli, started from here together with Bevin and his closest escort, the Australian Jay Vine, but over 25 kilometers there was a massive fall because the surface became very slippery from The rain.

As a consequence, the riders declined to continue and after returning to the starting point, the organizers decided to suspend the stage and give victory to the New Zealander Bevin, who won the seventh day to snatch the leader’s jersey from Sepúlveda.

Then, Bevin, from the Israel-Premier Tech formation, won the sprint in the 131.1-kilometre section starting in the town of Gelibolu and ending in Tekirdag, where he stopped the clocks in three hours, 21 minutes and two seconds.

Behind the New Zealand cyclist they placed second and third, the Australian Vine at two seconds and the Frenchman Nicolas Edet, at four.

With that same difference entered the Argentine Sepúlveda, who gave the throne to Bevin, winner of the general classification with a time of 27 hours, 33 minutes and ten seconds.

Australian Vine finished 20 seconds in second place and Sepúlveda 40 seconds in third, to take home the bronze medal for the second year in a row.

After the victory, Bevin relieves the Spanish José Manuel Díaz, starter in 2021, in the historical record.