ARGENTINE OF ROUTE: DOTTI AND IBARRA, CYCLISTS OF THE SEP, IN THE HIGHEST OF THE PODIUM OF THE TIME TRIAL 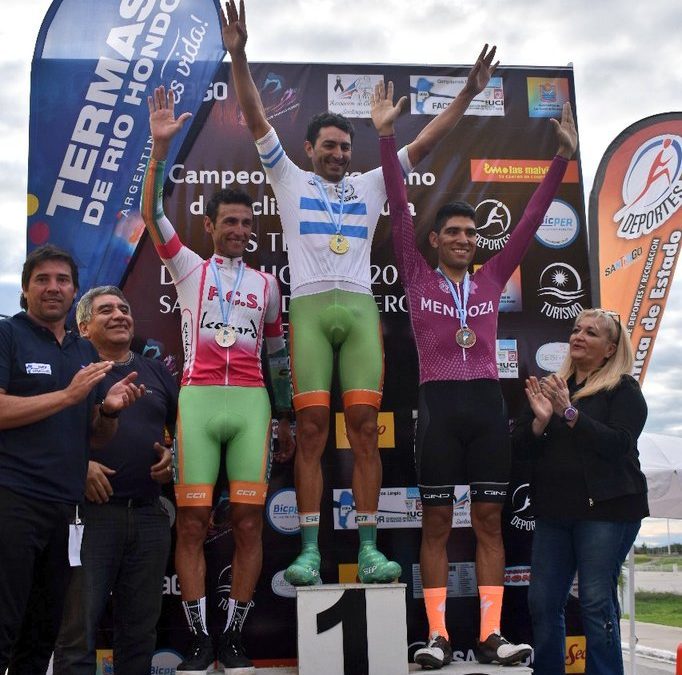 SAN JUAN. Two cyclists from the Public Employees Union burst the clocks this Friday on the first day of the Argentine Road Championship: Juan Pablo Dotti (ACINPROBA) was champion and won the gold medal, while his partner Emiliano Ibarra (Santafesina) was awarded the medal silver.

The Bolivarian reached the golden standard by registering 54’30 “978 thousandths, while Emiliano Ibarra scored 55’06” 042 thousandths. The third and last place on the podium went to the Mendoza Alejandro Duran (55’42 “654 thousandths) and the fourth to the representative of San Juan, Laureano Rosas (56’09” 247).

The online competitions, or platoon as they are popularly known, have been unfolded. This Saturday will run the ladies and the U-23. At noon, 12 o’clock, the women will run. His effort will extend four turns to a circuit of 22,000 meters (88 km).

Three hours later, at 15, they will appeal to all their virtues to the most kids, who will give six turns to the same route (132 km).

Sunday will be the turn of elite males. The longest race The test to a single blood because it does not give rematch that will enthrone the new national monarch. The layout will be the same. Part and culminates in the most urban area of ​​Termas to then travel across the reservoir to the venue of the international racetrack. It will be a total of nine laps, 198 kilometers. It will be off at 9 and will run for almost five hours. (diariodecuyo.com.ar)