Arlenis, again in the top six, now in the Basque Country 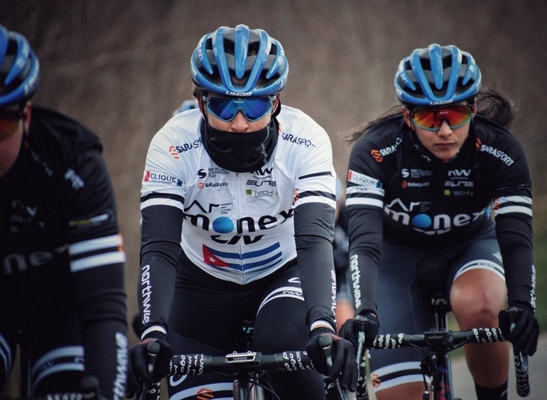 The double champion of the route in the Pan American Games (2011 and 2019) and already classified for the Tokyo Olympics, the Cuban Arlenis Sierra (AR Monex), has taken a liking to the final sprints, and this Tuesday she fought until the final in the 20th Durango-Durango Emakumeen Saria Classic (115.7 mkm), where she finished sixth, 49 seconds behind the throne.

The well-known and well-ranked Dutch Anna van der Breggen (sd Worx) and Annemiek van Vleuten (Movistar) did the one-two for the second day, this time with a time of 2: 51,24 hours; Meanwhile, the Danish Cecilie Ludwing (fdj Nouvelle Aquitaine) was third, four seconds behind.

According to statements given to the Cuban publication Jit, by Leandro Marcos, of the A.R. Monex, “the last 60 kilometers were under water, the peloton“ split ”in two, Arlenis was in the first and then he was in the back. The attacks began and she looked for the lead, of about 18 riders. When the uncomfortable climb was over, she launched herself down the hill, passing several rivals, and there she remained until the sentence line on the hill ».

In addition, with this performance, the Antillean added 40 units and left her accumulated in 287, valid to climb to the 53rd place in the world road ranking, led by the Italian Elisa Longo (3,408). It should be remembered that the Granma came to be among the top ten on this list before many competitions were suspended due to the Covid-19 pandemic.

Arlenis will continue in Spanish premises, where from this Thursday until Sunday- she must start in the four stages of the Vuelta a Burgos, a fair that belongs to the women’s World Tour calendar and which coincidentally foresaw the longest routes for the final two days, with 115.4 and 121.6 km, respectively.

The Cuban AR Monex team is made up of three riders from America, (Arlenis and the Mexican Ariadna Gutiérrez and Andrea Ramírez), a Spanish Eider Merino, an Italian Katia Ragusa and a Russian Mariis Miliaeva, all under the command of Kazakh Vadim Kravchenko.