Arlenis does not give up: for the fourth time Pan American champion 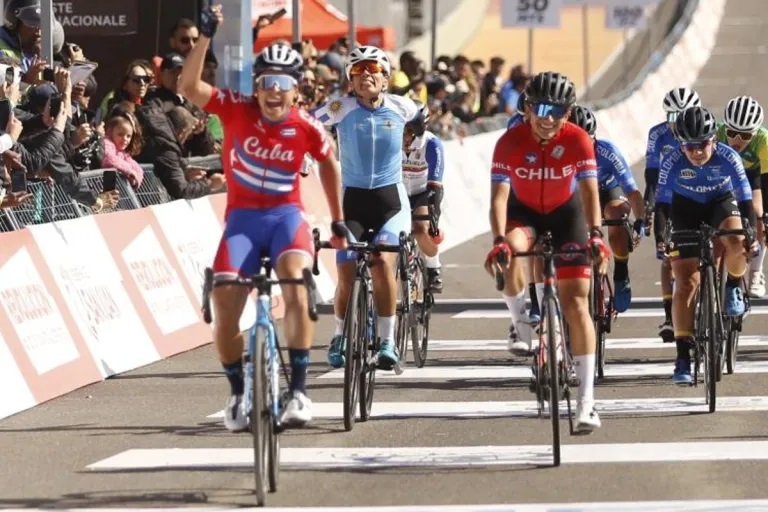 AFulfilling the forecasts, Arlenis Sierra won the gold medal for the fourth time in a Pan American Road Championship, by beating all her rivals in the peloton this Sunday in San Juan, Argentina, after 91.5 kilometers of travel.

The 29-year-old Cuban completed her fourth Pan American title in the elite category (2013, 2014 and 2018) in 2:21.30 hours, with which she will wear the continental champion jersey after her return to the Movistar club in Europe to participate in the races of the international calendar, specifically in the Giro le Donne and the women’s Tour de France

Arlenis was escorted on the podium by the Chilean Carolina Soto and the Uruguayan Fabiana Granizal, who entered a massive sprint of 14 runners, all benefiting from the same time.

It turned out to be a very tactical competition, in which the riders who are part of UCI casts took control, handling the distances with which they tried to sustain a breakaway. Arlenis Sierra, a well-known winner who suits her very well in San Juan and has won the Tour of Andalusia with Team Movistar. At the end of the race, the three runners offered their considerations to the press accredited to this Pan American.

Arlenis Sierra (Cuba): “I am very happy with this result; First of all, thank God for having given me and my team enough strength to be able to do the job. What we did was control everything and avoid leaks and in the one that occurred, try not to get too far away. At the beginning we felt quite cold, but after that everything was very good”.

“I want to dedicate the win to those who died in the Saratoga Hotel accident, may they rest in peace. That was very hard and Cuba is going through a lot of pain. I hope that this triumph gives his family and friends, everyone, a little bit of joy.”

Catalina Soto (Chile): “I am super excited and happy to be here, representing my country and happy to have finished in second place in my first Pan American. The race, from the beginning, was quite calm, although in the end there was a break where they took a big advantage, until Cuba and we worked hard to close the gap. In the end, Arlenis came very strong, I tried to tag her, but in the end she passed me. I am very happy with what has been achieved, since I was a little disappointed with the time trial”.

Fabiana Granizal (Uruguay): “It was a great job by the whole team, the instructions from the technicians were clear: try to spend as little as possible, to get to the sprint well, where my teammates did everything to leave me there, go ahead. Happy to be able to give this silver medal to my country.

“In this team, we are lucky that four of us have been running together and two of the sub 23 have already shared selection. We had fifteen days of concentration, with good training. I dreamed of a podium and having achieved it makes me very happy because there were cyclists of great importance”.