Arlenis Sierra again in advanced of the Tour de Ardéche 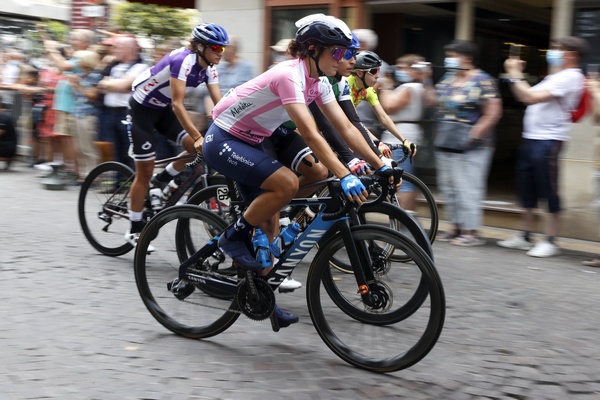 The Cuban rider Arlenis Sierra entered third in another massive sprint of the XIX International Women’s Tour of Ardéche, in France, during the third stage run this Friday in the town of Avignon at a distance of 133.9 kilometers.

La Manzanilla was initially given fourth place, but the photofinish revealed her actual location, according to the website of her own club A. R. Monex.

Only the Australian Chloe Hosking (Trek-Segafredo) and the Italian Bárbara Guarischi (Movistar) advanced their wheel, all with 3 hours, 39 minutes and 10 seconds, the same time granted to the Dutch Charlotte Kool (NXTG).

With this performance, Sierra continues second in the individual general classification and as the leader of the award for points, for the places achieved in each stage. In the previous ones she was first and fourth.

“On this day one of Arlenis’s wheels got punctured, with about 30 kilometers to go, and her bike had to be changed. That is why she did not have her chip and in the first instance they gave her the fourth, ”explained Leandro Marcos, from the A. R. Monex team.

On the stage he commented that «the first kilometers went up and down, but calm compared to others that have been experienced. In fact, a Dutch woman escaped and was alone for most of the way up to five kilometers from the finish, but she was absorbed by the peloton, which arrived compact, something not usual in these races.

«I think that from tomorrow (Saturday) the situation in the group will be different. Two or three very complicated stages are announced ”, said Marcos.

The fourth date of competition this Saturday will be characterized by a journey of 119.5 kilometers with two imposing mountain prizes (second and first category, in that order). The last five kilometers will be up the hill again to the finish line, located 1,413 meters above sea level.