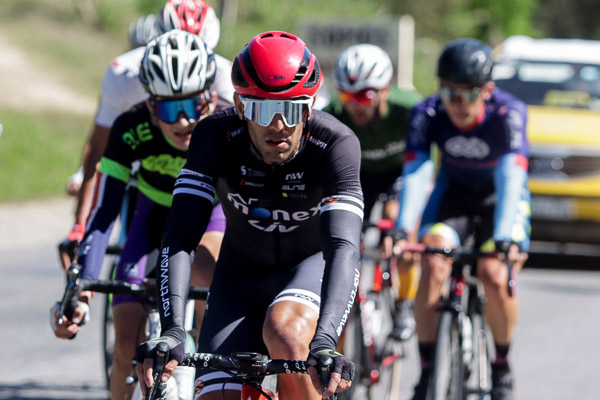 The Cubans, Arlenis Sierra and Leandro Marcos, both from the national team, shared the March 8 Cycling Cup in salute to International Women’s Day by dominating their respective genders from start to finish during the four stages of the event, held in the capital Cuban.

After the last day in a circuit in the Bahia district (60 km), which was dominated by the sub-23 Sancti Spiritus Ricardo Delgado followed by the young Carlos Daniel from Matanzas, Marcos crossed the finish line third to confirm himself on top of the podium in the general classification with 54 points.

He was escorted by Yordano Balado from Las Tunas (under-23) and Kevin Vega, also a member of the elite category, both from the national team, with 38 and 34 units, respectively.

Another youth who stood out as in the Vuelta a Cuba in the eastern region was the boy from Güines, who now competes for Havana, José Domínguez, with 31 points, followed by Arnold Alcolea (Hab), from Santiago, who added 27 and in the end He headed the Master B category.

Jorge Rojas, from Sancti Spiritus, former member of the Cuba team, was the head of the master group A in another performance worthy of praise from this young veteran who stood out in January as organizer and competitor of the Escambray Mountain Bike Challenger. He was one of 51 men to finish all five stages of the eastern turn.

Leandro Marcos reaffirmed his status as a stellar finisher, because he not only sought the stages, but also in the intermediate goals he had an outstanding performance to win the Volantes Award as was presumed with 13 units. Behind were Balado (10) and Javier Cabrera from Pinar del Río (6).

Among the youngest, Domínguez (32 points), Ahmed Marcos from the capital (26) and Carlos Daniel from Matanzas (16) stood out, followed closely by Cristian Argüelles from Artemis (14) and Randol Izquierdo from Sancti Spiritus (11), a SUV that looked very good in the Challenger Escambray in the group of newcomers.

Behind Rojas in the A masters are the hosts Alien García and Michel Suárez, and in the B, at the wheel of the experienced Alcolea, Rusbel Quiñones from Havana and Yoselín Piedra from Yumur.

In the female category they were behind Arlenis Sierra (32), Aylena Quevedo (27), Heidy Praderas and Claudia Baró (18), Yudelmis Domínguez (9) and Jennifer Torres (7), all from the luxury team.

The next stage race will be the Women’s National Classic from March 23 to 27 with stages that include the territories of Camagüey, Ciego de Ávila, Sancti Spíritus, Villa Clara and Cienfuegos.