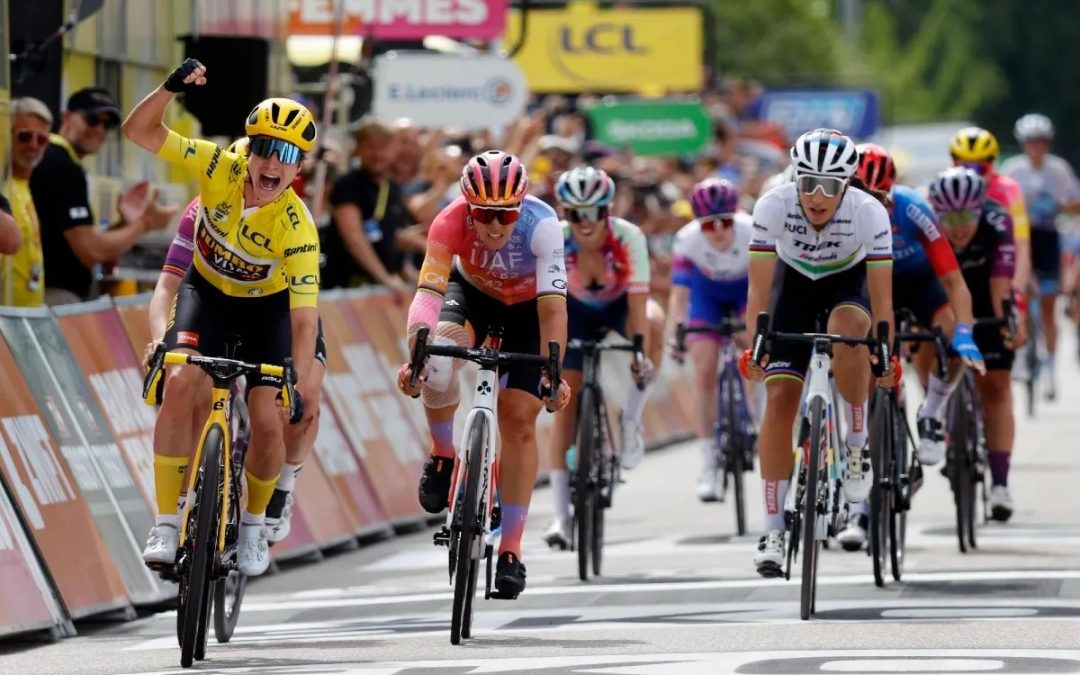 In a fast finish, Marianne Vos (Jumbo-Visma) won the sixth stage of the Tour de France Femmes, in which the only Latin American representatives, the Cuban Arlenis Sierra and the Colombian Paula Patino, managed to enter the 11th places and 28, respectively.

Vos, wearing the yellow jersey, was faster than the Italian Marta Bastianelli (UAE Team ADQ) and the Belgian Lotte Kopecky (Team SD Worx) in the sprint of a reduced peloton.

The Latin cyclists arrived with the favorites without any setbacks. The Cuban Sierra disputed the packaging and was about to enter the top ten of the strong contest, while Patiño also managed to be in that small squad, since the two Movistar runners entered with the same time as the winner.

Day 6 offered opportunities to test from afar, so in the opening phase we saw several attempts to break into the day’s breakaway. But, initially, nobody really got away. However, later Maaike Boogaard (UAE Team ADQ) rode alone for a while, so she took the points on the Col d’Urbeis. Behind her, polka dot shirt wearer Femke Gerritse also scored a point.

Meanwhile, a fall occurred in the peloton, in which Elisa Longo Borghini was involved, but the leader of the Trek-Segafredo ranks was soon back in the peloton, from which fourteen riders finally escaped after about fifty kilometers.

In the final section, the main group remained compact and the packaging proceeded without Lorena Wiebes due to a fall. In the definition Marianne Vos knew how to manage the times very well to overcome her rivals and establish herself as the leader of the race.

This Saturday the seventh stage of the French round will take place, projected on a 127.1-kilometre route starting in Sélestat and finishing in Le Markstein, a high-mountain day.