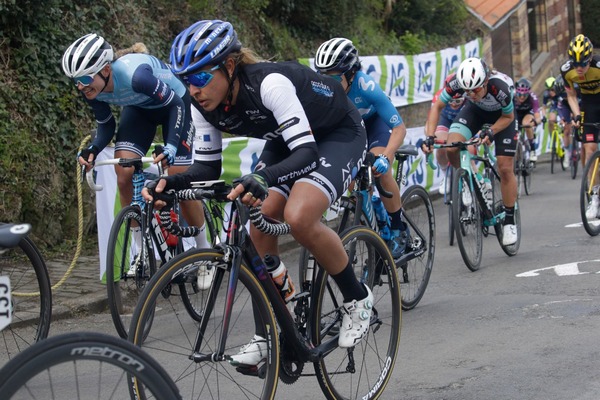 Cuban cyclist Arlenis Sierra continues to hold onto the Points Award despite crossing the finish line in eleventh place during the fourth stage of the XIX Ardéche International Women’s Tour, which was held this Saturday between Aumont-Aubrac and Mount Lozére over 119.6 kilometers .

Although she could not add units in this section of final arrivals, she to the Manzanillera of the A.R. Monex was enough for the 30 that she accumulates due to the outstanding arrivals of her in the three previous days, in which she placed first, fourth and third successively.

She is now being chased by the American from the Movistar Leah Thomas (25) and the British Lizzie Deignan, from the Trek-Segafredo (22).

Behind the northern Ruth Winder (Trek-Segafredo) was also positioned to reach 19 stripes after her victory today after a superb performance on the route that included two mountain prizes, the last of the first category, more in the climbing where it was located the sentence line at 1413 meters above sea level.

The Winder arrived alone with a time of 3 hours, 28 minutes and 23 seconds, and 2.18 minutes later did Leah Thomas, the absolute leader of the tour, and the Spanish Mavi García (Alé BTC Ljubljana).

Then six riders passed the finish line with differences between 2:24 and 2:36 minutes of the heroine of the day. Immediately afterwards the Cuban did not wait, at 2:44 of the Winder.

There are three remaining stages, all between lifts, a real challenge for Arlenis, who has set the goal of not losing the green jersey, and for this he always has to finish in the advanced stage, since only the first eight reach points.

Something similar holds for her clubmate, the Italian Katia Ragusa, who leads the most combative in flying goals with 22 units, since she has three rivals stepping on the wheel, while in the mountains she has also been exhibiting her skills with a fifth seat so far.

In any case, regardless of the final location of both, they actually fulfill a demanding pre-competition preparation for the World Road Championship based this month in Belgium.

The commitment of the fifth date this Sunday will have 113.5 kilometers with an initial first category mountain prize just almost 12 km from the start and the other, third, at the end of the journey, only 5.4 km from the goal.