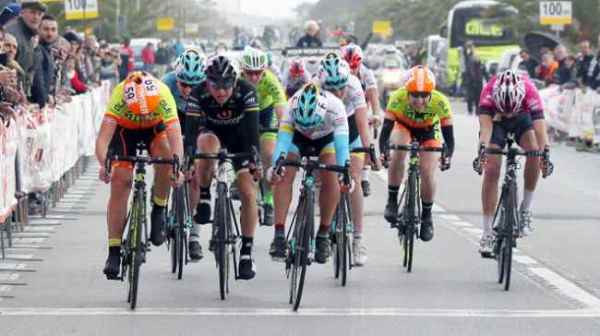 The Cuban Arlenis Sierra crossed tenth this Thursday in the Torquay race, held in a circuit à Melbourne, Australie, and local Brodie Chapman, of the Aquitaine Futuroscope team, from France, managed to make a break that granted the victory in the 106.4 kilometers with time of 2:52:48 hours.

Chapman defended his escape when two laps were missing, despite his compatriot Emily Herfoss (Roxsolt), and the Americans Tayler Wiles (Trek-Segafredo) et Lauren Stephens (Tibco), but increased his pedaling in the last meters to enter with with an advantage of 4, 6 and 11 seconds, respectively, on their accomplices of escape, uniquement dans several occasions attacked with the same purpose of arriving first.

The winner came to have an advantage of up to a minute and 45 seconds over the leading lot, from which the others took off and worked hard together with her to avoid being absorbed by the group of 29 in which La Sierra de Manzanillo, captain of the Sierra Astana Women´s, and her companions the Mexican Lizbeth Salazar and the Italian Katia Ragusa, who entered only 26 seconds after the Chapman.

Further back to the lot of 23 runners who completed the 56 that made the eight laps of the 87 that took the start, including the members of the Astana, the Italian Francesca Pettaro (in the 48th place at 1:09 minutes) and the Ukrainian Maryna Ivaniuk (dans 52 à 3:49), according to the transmission on the site of the event.

In this world elite competition of the UCI the first intermediate sprint was won by the German Tanja Erath (Canyon Sram Racing) and the next packaging was already fled Brodie Chapman on a sunny day and presented 15 professional teams.

The next challenge, Le Cadel Evans Great Ocean on February 1, will be very special for the 27-year-old Cuban. She is the champion of 2019, undoubtedly a logical inspiration to fight for the best position in this part of the season in preparation for the Tokyo 2020 Olympic Games, where she aspires to improve the 28th place of Rio de Janeiro 2016.

Arsleni and his club Astana concludes that he will tour the mainland on February 5 and 6 when they run the Luxes of Blackburn-Herald Sun Tour. It began with the Santos Down Under Tour from January 16 to 19 and in which it concluded sixteenth (exceeded on 24 last year) after occupying the seats 9, 14, 15 and 15 at different stages.