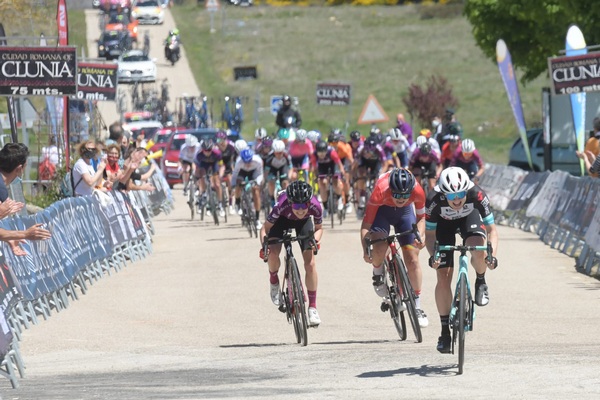 The Antillean took advantage of the 100-kilometer segment between Villadiego and Sargentes de la Loradel to stay in the main peloton of 35 riders, who, no matter how hard they pedaled, could not catch up with the three escapes that ultimately filled the podium of the first competition of the UCI World Tour race.

This first stage was held without the rain that bothered so much in previous races, at noon caressed by the sun and with two mountain prizes at km 53 and 94, both in the third category. Precisely on the last slope the three winners escaped, who in turn are the first in the individual general classification.

The American runner Kristabel Doebel-Hickok (Rally Cycling) was the second best placed in America in position 15, while the Colombian Paula Patiño (Movistar Team) entered the goal in position 54 at 1 minute 43 seconds behind the winner and she was the best rider in this nation in this early stage.

The second fraction of this test will take place this Friday between Pedrosa de Valdeporres and Villarcayo over a distance of 97 kilometers.