Arlenis Sierra repeats triumph and is leader in Giro a Toscana 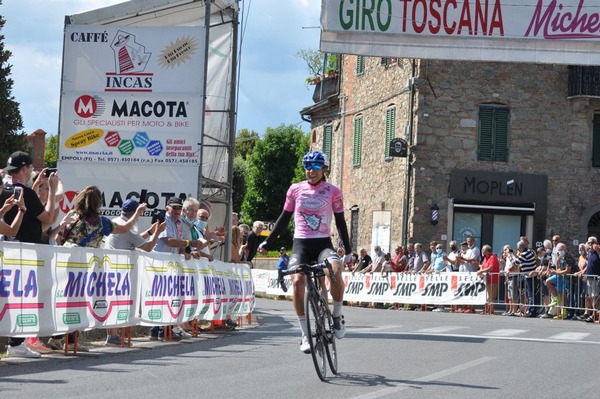 Cuban rider Arlenis Sierra, from the A.R. Monex won for the second day in a row in the Giro a Toscana, dominating this Saturday the first stage over 116.8 kilometers with a time of 2: 53.40 hours.

After her victory in the prologue on Friday (2.2 km), the Manzanillera managed to defend her pink jersey this Saturday, especially at the end of a stage that included a climb. She thus she maintained her leadership when Sunday’s 128 km remain, and the purpose of reissuing her 2019 triumph right there.

With 30 kilometers from the finish, the Italians Giorgia Simoni and Noemi Eremita, and the Dutch Nicole Steigenga, enjoyed a 30-second advantage over the peloton. However, the group undertook to cancel the leak, according to the website tuttobiciweb.it.

Behind the Cuban, the Lithuanian Rasa Leleivyte (Club Aromitalia Basso Vaiano) passed the goal dangerously close, just one second away, after trying to surprise her in the climb ready to six kilometers from the sentence line.

At 30 seconds, the Italian Devora Silvestri (Fassa Bortolo) and Aurela Nerlo, from the Polish national team; at 31 the also local Gaia Realini (Isolmant-Premac-Victory); to 33 Omer Shapira (Israel national team) and to 45 the Russian Maria Novolodskaia, member of the A.R. Monex and Olympic bronze on the Tokyo 2020 track.

During the stage, run on Segromigno Piano roads, eight contestants left and four did not show up for the game, for which the multi-colored caravan was reduced to 133 riders.

Arlenis leads the individual general classification (2: 56.29 hours) just 23 seconds behind the Lithuanian and less than a minute behind two other rivals. For this reason, in the second stage a strong battle is foreshadowed from the start, especially in the mountainous sections.

The Antillean also leads the award for points, with 30, and this Saturday she placed third on the mountain.