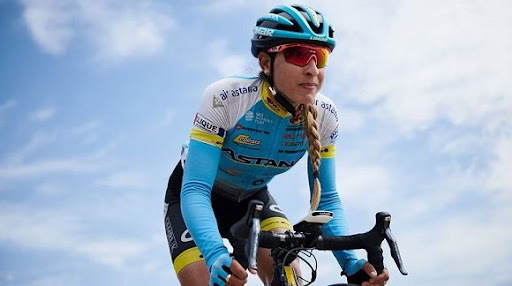 Cuban cyclist Arlenis Sierra has signed for two years (2022-2023) with the prestigious Movistar club, from Spain, one of the nine with the highest category of the elite UCI Women’s World Team.

“As in previous years I had again several proposals from different teams, but the one that interested me the most was that of Movistar because it offers me many possibilities to continue developing,” the 28-year-old Manzanillera exclusively stated.

«It is a big enough step for me. I was already used to AR Monex -before Astana Women’s-, for which I am very grateful and especially to the coach Aldo Piccolo, who brought me from Cuba to know the races in Europe and gave me the option of being able to experience the level in this continent, “he added.

“I also want to thank the managers of the team in general, who have not behaved badly with me, but in life sometimes you have to take steps to progress or see how it works both in personal life and in sports,” she commented.

“In Movistar I will be able to compete in races, but I admit that I am going to work, as there are the Olympic runner-up in Tokyo 2020, Annemiek van Vleutun, and Enma Norsgaard, an outstanding pure sprinter. I will have to work for them in various competitions. I have no problems. Since I came to Europe I learned to run for teams, to do it for others. They will also do it for me when the time comes, ”she said.

“However, I want to try this new experience, take advantage of this two-year contract and we will see what happens … I hope the results are much better and I can advance a little more in my sporting level,” she said.

In addition to the extra-class runner from the Netherlands, leader in the world road ranking, and the young Danish woman, this renowned squad based in Pamplona is made up of the American Leah Thomas, the French Aude Biannic and the Spanish Sheyla Gutiérrez, among others.

Sierra finished in 34th place at Tokyo 2020, in her second Olympics. This does not cloud another outstanding season in which she participated in a score of races and was included in the top ten in almost a dozen. It was her fifth place in the world road championship, the best performance of Cuba in a contest of this type.