Arlenis Sierra, the best of America in the Tour of Flanders 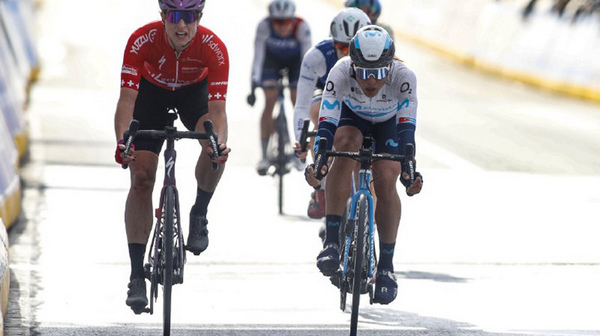 Impeccable work starred this Sunday the Cuban Arlenis Sierra as the Movistar team of the Olympic and world champion Annemiek van Vleuten, who crossed second and the Cuban fourth in the important classic Tour of Flanders in Belgium.

During the 158.6 km with 11 elevations and six cobbled sections they worked hard against the incessant attacks they could control until the final sprint, which was dominated by the very fast Belgian Lotte Kopecky (SD Worx), fourth on the Olympic route in Tokyo last year.

The Caribbean sun of Movistar, the best located on the American continent, secured fourth place by imposing its package on five other cyclists who completed that leading lot, just 40 seconds behind the Kopecky.

One minute and 10 seconds after the heroine of the day, 15 runners arrived, including the Danish from Movistar Emma Norsgaard in 13th place, and at 1:15 her teammate, the French Aude Biannic.

The others from the “telephone” squad, the Spanish Alicia González (98th place) and the Italian Barbara Guarischi (99), arrived at the tail of the last platoon among the 103 contestants who were able to finish the strong stretch, which caused the application of the limit of time almost 40 cyclists.

For the Cuban this result confirms her, in just two races, as the “trustworthy woman” of the extraordinary Van Vleuten. Helping her to conquer the podium, and winning her fourth seat for her after her supreme work throughout the route, is more than a tremendous sporting result.

Hours before the start of the 19th edition of the famous Tour of Flanders, Arlenis commented that “my mission is to help Annemiek repeat her triumph from last year tomorrow, I was not satisfied with my ninth place in the previous race, as she came in 21 and it must do it among the first».

The Cuban must already be pleased, and so must Van Vleuten. The performance of her young teammate was undoubtedly decorous.