Arlenis Sierra will reappear in the Women’s Giro d’Italia 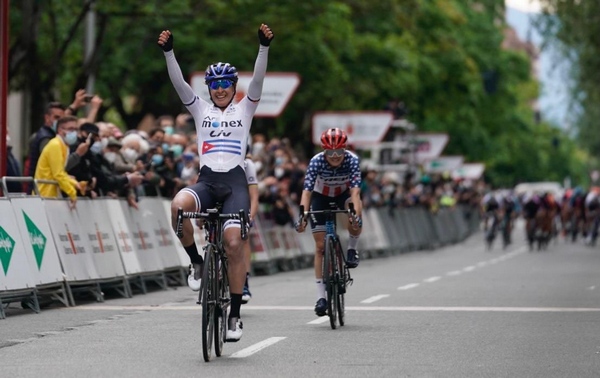 Cuban cyclist Arlenis Sierra will reappear in the 32nd edition of the Women’s Giro d’Italia, which will take place from July 2 to 11, in the last phase of the 2021 season before the Tokyo Olympic Games corresponding to the Cycling Union World Circuit International.

Arlenis, captain of the A.R. Monex, she arrived in the European country on Sunday and will be accompanied at the event by the Italian María Vittoria Sperotto, the Spanish Eider Merino, the Russian María Novolodskaya, and the Mexican Ariadna Gutiérrez and Andrea Ramírez.

The 28-year-old Manzanillera has experience in this strong race that the best road teams in the world cheer on. In 2017 she made her debut for the Astana club and finished in an outstanding 10th place in the individual general standings, 11th on points and her team the fourth seat.

Last year she finished in 42nd and 24th place, respectively, a turn in which the best for the missing Kazakh cast was the Italian Katia Ragusa, who placed fifteenth overall.

“Of the 10 stages, Arlenis will run between six and eight as Olympic preparation, her main objective, although she will fight to find podiums, depending on how she finds herself each day,” stated Leandro Marcos, of the A.R. Monex, explaining that she is recovering from an injury to her finger that required three stitches.

The islander participated in more than a dozen races in the first part of the year and already in her new club.

Of his most relevant performances stood out the triumph in the Vuelta a Navarra and the 22nd seat in the Burgos tour, both in Spain, in which he won a couple of fourth places and a fourteenth in four stages, to be seventh among the most combative.

This Friday starts the first stage, to be contested by teams over 26.7 km (of 1022.7 in total), a somewhat steep stretch as the route from Fossano to Cúneo progresses, this last capital of the province of the same name in the Piedmont region at the foot of the Maritime Alps in northwestern Italy.

Of the other nine segments, three will be due to similar relief and in six the riders with more than 20 squads will face the mountainous topography that most characterizes these long-haul races.