Arlenis Sierra wins at the start of the Tour de Romandía 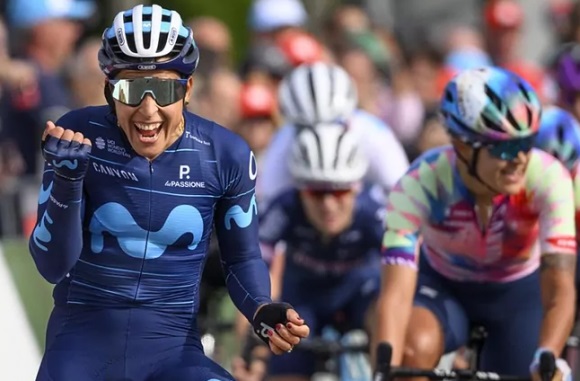 The Cuban Arlenis Sierra won this Friday in the first stage of the 1st edition of the Tour de Romandía (Switzerland), which is honored by 16 professional clubs and most of the best road racers on the planet.

A 29-year-old native of Manzanillo -eastern region of Cuba-, Arlenis came in a platoon of about 20 runners and attacked about 200 meters from the finish line in the city of Lausanne, to take the sprint against the also renowned runners Lianne Lippert from Germany and Demi Vollering from the Netherlands.

The first of the three sections of the tour was run this Friday over 134.4 km in Lausanne and included five mountain prizes and 2,300 meters of elevation gain, although the final section was played on flat terrain, favorable for the sprinters.

With two kilometers to go, the two main figures of the Spanish Movistar Team, the Olympic and world champion, Annemiek Van Vleuten, and Arlenis, hunted down a quartet of breakaways, including the Italians Soraya Paladin (fourth) and Elisa Longo Borghini (fifth).

The second part of the nascent Swiss tour will be run this Saturday over 104.5 km from Syon to Thyon, with almost 17 km of climbing at the end and finish in Thyon, located at 2090 meters above sea level.

The third and final leg of the season-closing loop of the Women’s Road Cycling World Tour will be raced on Sunday over 147.6km from Freiburg to Geneva on flat terrain, ideal for sprinters.

More than 80 of the world’s best female road racers compete on the tour.